The Uefa Champions League made a return after a prolonged break due to COVID-19.

The last 16 matches were postponed since the coronavirus shutdown in March which not only affected the world of football but almost every other sport. While the European leagues have now been completed, the focus shifts onto the Champions League which commenced from August 7.

After a long gap due to the outbreak of coronavirus, sports is finally taking baby steps towards return but in empty stadiums.

Fans are only witnessing the contests virtually as sports is being played behind closed doors, which is always better than no sports at all.

Chelsea trail Bayern 3-0 as they head to Germany for the return game. Barcelona struggled to get a 1-1 draw against Napoli as they play at home.

Lisbon, Portugal will host the Champions League games from the quarterfinal stage onwards. 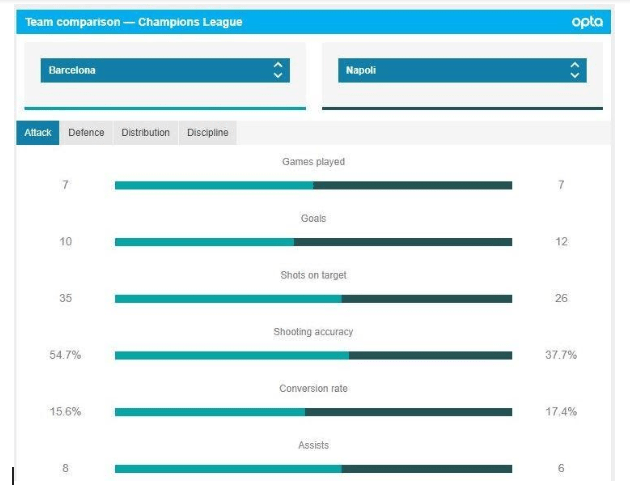 Barcelona restart their campaign with a visit from Napoli team who, despite winning their first trophy in six years in June, have struggled to find any real consistency this season.

Barcelona endured a difficult league campaign this year. Despite leading LaLiga before the break, they capitulated upon a return to football and were unable to secure a third successive league title, as they finished five points behind rivals Real Madrid.

They will seek redemption for their league failings by lifting their fifth UEFA Champions League trophy.

While in recent years Napoli have maintained a solid defensive record, spearheaded by Kalidou Koulibaly, cracks have shown this year as they have conceded their most amount of goals in a Serie A season for five years. With Barcelona claiming an away goal in Naples, Napoli will have to be weary of goal threat that Messi and Luis Suarez give La Blaugrana.

Barcelona have been shaky at the back this year conceding 38 times in the league – that’s more eighth-placed Getafe conceded. This does not speak of a terrifying Barcelona team of old, and plenty of teams have enjoyed success against them this season.

They were recently beaten at home by mid-table Osasuna and have lost a total of six times in LaLiga this season. Despite being 35 games unbeaten in Europe at the Nou Camp, with the attacking options Napoli are blessed with, Gennaro Gattuso’s men will be confident of causing an upset.

While his goal tally has dropped slightly this season, he is still a goal poacher, breaking the 20 mark in both goals and assists in LaLiga.

Napoli’s two previous away Champions League knockout matches have ended in defeat, losing 1-4 to Chelsea in March 2012 and 1-3 to Real Madrid in February 2017.

Barcelona have progressed from each of their last 19 Champions League knockout ties after avoiding defeat in the first leg away from home.

Napoli have won just one of their last 10 away Champions League games (D4 L5).

Napoli are unbeaten in all three away games this season (W1 D2).

Barcelona’s run of 35 home Champions League games without defeat (W31 D4) is the second-longest in the history of the European Cup.

Napoli’s Dries Mertens has scored six Champions League goals this season, one shy of the record for goals in a single season in UEFA competition for the club.

Napoli have failed to progress from 9 of their last 10 UEFA European knockout ties when failing to win the first leg.

The game may genuinely be defined by Lionel Messi. With such reliance on his creativity for goals for Barcelona, Napoli’s first task will be to stifle his threat. If they can successfully manage that then they may stand a chance in the tie.

Barcelona’s form post lockdown will certainly be a concern for Quique Setién. They were firm favourites to wrap up another title for a significant portion of the season but struggled upon the restart and handed the league to their rivals. With growing concerns about the future of the club and the players, it might be the perfect time for this Napoli side to visit the Nou Camp. 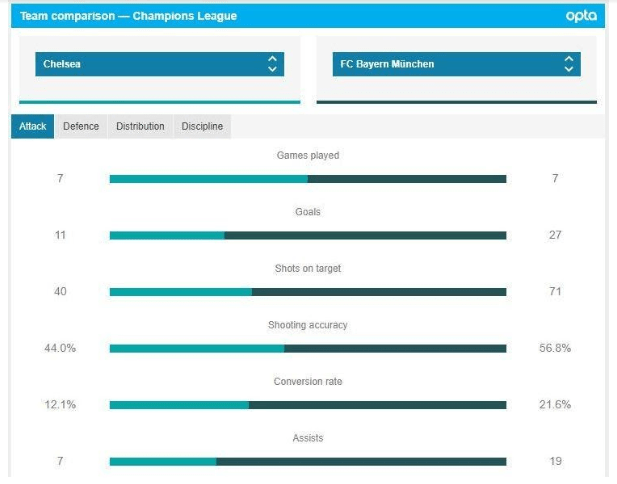 Since Hansi Flick took the helm at Bayern back in April, Die Roten have been a team possessed, winning 11 games on the bounce after football’s return this summer.

Bayern comes into this game in frightening form, winning 25 of their last 26 games in all competitions – a run that stretches all the way back to December.

Poland international Robert Lewandowski has been arguably the world’s best player this season. The 31-year old has found the net 51 times in 43 appearances and has failed to register a goal or an assist in only six games.

Frank Lampard’s side has had mixed fortunes since the restart. They finished the season with seven wins from their final ten league games – enough to secure a Champions League place for next season. However, they missed out on the chance to lift a trophy.

Olivier Giroud has been singled out for praise lately. The World Cup winner has scored eight and assisted one in his last ten starts for the Blues. The German side are narrow second-favourites with most bookies and their pursuit of a famous treble is well and truly on.

No doubt about it, Robert Lewandowski. The Polish hitman has been in ludicrous form this season, scoring 51 goals in 43 appearances for Die Roten. At 31 he’s no spring chicken, but if anything he’s getting better with age.

The Polish international has netted 11 goals in six Champions League appearances so far and, with Erling Haaland out of the competition, he’s nailed on to finish as top scorer.

Chelsea and Bayern last faced in the Allianz Arena in the 2012 Champions League final, with the Blues victorious on penalties after a 1-1 draw.

In the entire history of the European Cup and Champions League, no team has ever won by three or more goals in the first leg of a knockout match away from home and failed to progress.

Robert Lewandowski has scored 11 goals and assisted two more in six Champions League appearances this season, averaging a goal or assist every 41 minutes.

It’s difficult to see a comeback for Chelsea, especially with a number of big names missing out. The Blues conceded 54 goals in the league – the most in the top half of the Premier League.

Hansi Flick’s Bayern has been the most impressive team in Europe who remain in the competition. They have lost just two of their 32 competitive games since he took charge, both back in 2019, and are on a run of 25 wins and one draw from 26 games.