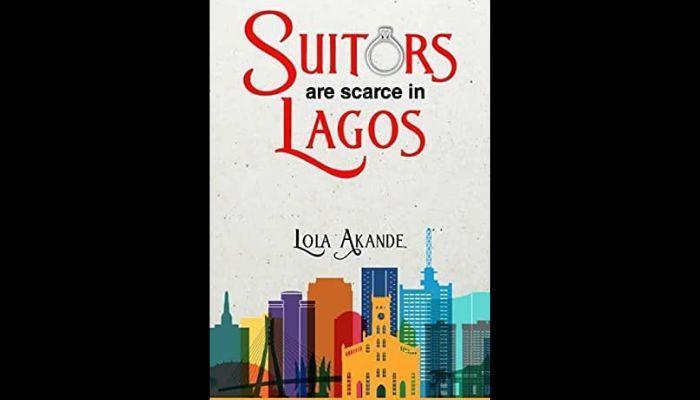 Title: Suitors are scarce in Lagos

When you take a quick look at Lagos, you can only see one thing: chaos. In the short story collection “Suitors are Scarce in Lagos,” the same thing happens, and chaos is used as a way to get to survival and adventure.

The titles alone of Lola Akande’s short pieces, such as “Who is Sane in Lagos?,” “Keep My Secret,” and “A Bullet from Nowhere,” are unnerving. However, the book’s title is more likely to pique the interest of female readers than male readers.

Since anything can happen in Lagos, it’s not surprising that the characters in the book are strange and their reasons for doing what they do aren’t clear. The book also has some serious messages and a few over-the-top stories.

Anyone who has spent any amount of time in Lagos would recognize the thoughtlessness, desperation, madness, doubt, idiocy, and lack of intelligence displayed by Lola Akande’s characters.

While much of the book is devoted to describing Lagos (the usual turmoil and impatience of the city’s highways), Akande saves the title tale to comfort us that no, not all men from Lagos are insane; it seems that there are some crazier men in other states.

In the story “Suitors are Scarce in Lagos,” Sade is the eldest of three sisters and the only one who has not yet found a husband. Her mother disapproves of her marriage to Gbenga, an older guy from Ibadan. Sade’s father foots the bill for the nuptials, but she finds out afterwards that her husband is a serial philanderer.

Looking for the answer to the question, “Who is Sane in Lagos?” The title is fitting for the total chaos that exists on the roads of Lagos. Tokunbo is a successful career woman; however, she has not been able to find a man to whom she can give the title of husband. She doesn’t have a model in her Auntie Dupe, who divorced her husband a few years ago because she couldn’t stand his insatiable sexual appetite and chose to remain unmarried for life.

In “A Bullet from Nowhere,” Omoye and her two children are left behind after her husband, Osaro, leaves. However, her friend Helen would be the one to bring good fortune back into her life. Since it’s getting harder for Omoye to conceive, she and Helen concoct a plan to visit a shady clinic in search of a “miracle baby.”

Bisi Komolafe, the protagonist of “Keep My Secret,” is 48 years old and thinks she can finally have sex without fear of becoming pregnant. It’s revealed that she has a secret love affair with a shy male student in her class.

When it becomes clear that Lola Akande is not going to allow us to escape, the already chaotic situation in her stories just gets worse.

In every narrative, women play significant parts in the plot. Some of them are portrayed in a poor light in the book, giving the impression that they are powerless victims of the circumstances in which they find themselves. In addition, several of the tales contained in the collection were much too lengthy to be featured there and might have been published as full-fledged books on their own.

If you can relate to even four or five of the stories, the book will be worth your time, even if some of them will test your patience.

Despite its many absurdities, this book has a wealth of information that can be put to good use.

Titilade Oyemade is a business executive in a leading organisation and holds a degree in Russian Language. She’s the convener of the Hangoutwithtee Ladies Event and the publisher of Hangoutwithtee magazine. She spends her weekends attending women conferences, events and book readings. She loves to have fun and to help other women have the same in their lives. Email: titi.oyemade@gmail.com Social: @tiipreeofficial