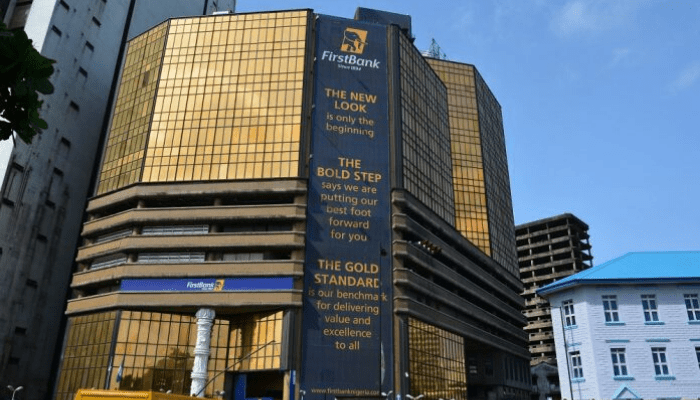 First Bank Holdings has injected N25 billion into First Bank Limited in a bid to raise its capital adequacy ratio (CAR) above the regulatory benchmark of 15 percent for banks with international banking licences. The fund injected was the proceeds of the company’s divestment from FBN Insurance Limited.

The recent injection in Nigeria’s oldest commercial bank came at a time the bank’s CAR hovered around the regulatory threshold of 15 percent. In FY2019, First Bank’s CAR was 15.5 percent but the latest capital injection increased this benchmark to 16.5 percent.

Nevertheless, the bank’s CAR stall falls below tier-one bank’s industry average of about 22 percent. the other tier-one banks-Zenith, Access, GTB and UBA have a minimum of 20 percent CAR, indicating that additional funds might soon be injected to beat industry average.

Commenting on the latest move to strengthen First Bank, Oyewale Ariyibi, chief financial office of the company said the overriding objective was to optimise capital across the group to drive business growth, enhance efficiency and improve overall shareholders’ value.

“The divestment is in line with the group’s medium to long term strategic objectives. The divestment has unlocked significant value embedded in the former subsidiary which is being leveraged to strengthen the core banking business for which the group is known”, Ariyibi said.

The bank also recorded significant improvements in other metrics. Total assets for the half year 2020 increased by 14.9 percent to N7.13 trillion up from N6.20 trillion in corresponding period in 2019. Loans and advances, and customers deposits increased by 7.7 percent and 8.8 percent respectively over the corresponding figures in 2019.

Last Friday, investors traded 22.96 million units of FBN Holdings shares worth N116.86 million making the stocks one of the most traded that day. It closed at N5.05 per share last Friday.