Unions to shut down Bristow over discriminatory policies, victimisation of Nigerians 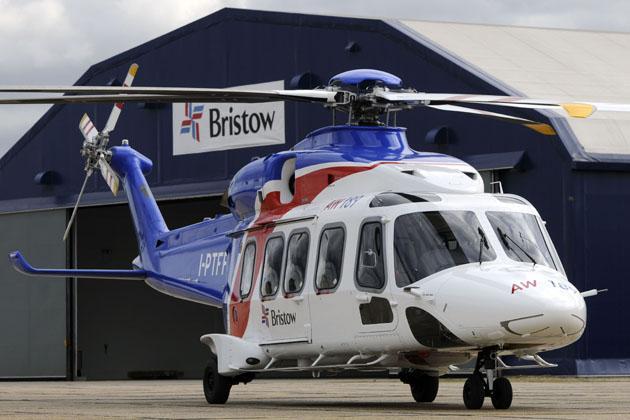 Share
The National Association of Aircraft Pilots and Engineers (NAAPE) has concluded arrangements to shut down all operations of Bristow helicopters from midnight of Monday, August 3, 2020.
To this end, the union has directed all pilots and engineers in the employ of the helicopter company to embark on an indefinite strike over what it calls blatant discriminatory policies and consistent victimisation of Nigerian nationals.
“NAAPE has been actively engaged with the management of Bristow for some time now in a bid to carry out the renewal exercise of the conditions of service for national pilots and engineers,” Umoh Ofonime, its deputy general secretary, said.
“NAAPE had previously instructed members in the employment of Bristow to embark on a three-day warning strike at the expiration of which an olive branch was extended to the Bristow Management in the form of a seven-day notice period during which the union had held out hopes of an amicable resolution to the items under contention but unfortunately, Bristow Management was unable to proffer any solution even after the union graciously extended seven days notice period at the behest of Bristow Management,” he added.

At present, all sundry labour matters and negotiation between both parties are broken down to include “management proposal to suspend the Conditions of Service, negotiations and their deliberate subversions of established terms of agreement with NAAPE, insistence on benchmarking salaries of national pilots and engineers to an obsolete rate of N345/$1 coupled with the recent insistence on their proposal to implement  N355/$1, a rate which is not obtainable on any legs foreign exchange window in the world while still paying to expatriate foreigners their full remuneration in USD”, according to Ofonime.

“Others are failure to train qualified persons in Airline Transport Pilot License (ATPL) and failure to fully reimburse individuals who have successfully completed their ATPL through self-sponsorship, disproportionate matching and capped reimbursement cash figures for self-sponsored pilots on ATPL with an employment bond of N30 million-An obvious unethical and sharp practice.

“Odious laying off of young cadet and trainee engineers after several years of tearful sacrificial toiling on the basis of a promised career in the company and now in an extension of the insatiable thirst of nulling our vitality, the company is prepping for a preposterous and unjustifiable redundancy of engineers and pilots hitherto grossly mistreated vis-a-his the company’s non-adherence to expatriate quota law, national content law and Presidential Executive Order No.5,” he said.