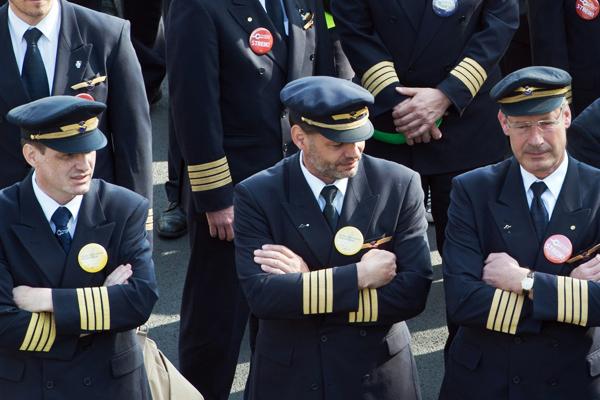 A major US pilots union said on Wednesday it had begun discussing with key lawmakers a plan for the government to purchase seats on each flight to prevent passengers from having to sit next to strangers.

The idea, launched by the Allied Pilots Association (APA) representing American Airlines’ 15,000 pilots, is aimed at easing a return to pre-pandemic passenger levels while creating a level playing field across the airline industry.

As of now, some but not all US airlines are blocking middle seats or capping the number of seats they are selling on each flight in order to allow for more space between passengers.

Air travel has dropped dramatically in the midst of the coronavirus pandemic.

Under the plan, the price of empty seats would be based on industry average costs for 2019, and as immunity to COVID-19 rose, the number of empty seats bought by the government would fall.

Stakeholders in the Nigerian aviation sector have said the campaign to remove middle seats is uneconomical to airlines, would make passengers pay way more and is totally unnecessary since aircraft come fitted with High-Efficiency Particulate Air (HEPA) filter, which sanitises the air in the cabin of aircraft.

This is just as only six Nigerian airlines are said to have passed the airworthiness threshold while only three others have submitted their financial health status, according to officials of the Nigeria Civil Aviation Authority (NCAA).

Stakeholders in the industry recently in a virtual meeting titled Nigerian Aviation Stakeholders Rub Minds on ‘Status of Industry Restart’ sought the best way to restart the industry with various players providing their ideas.

CEO of Air Peace, Allen Onyema, while making an argument against the removal of middle seats, reasoned that the purchasing power of the average Nigerian was low, giving a scenario where the airlines would need to transfer the fares on the middle seats on passenger tickets.

He submitted that the move would discourage people from flying, against the idea of the restart in the first place, stating that if people do not fly, airlines would die.

In a similar note, as the resumption of domestic flight operations is drawing near, Air Peace, on Wednesday, in a show of strength and readiness to resume operations, littered the Nigerian airspace with several of its airplanes in shakedown flights.

It should be recalled that the airline has a mixed fleet of 25 aircraft, which includes three wide-body aircraft, the Boeing 777s. All the aircraft took to the skies flying to Abuja, Port Harcourt, and back to Lagos without passengers.

These flights are aimed at ensuring that the aircraft is in tip-top condition, having been grounded for close to three months, though they have been under very strict storage maintenance.

The spokesperson of the airline, Stanley Olisa, who revealed this in a statement, said the shakedown flights were part of measures the airline had developed to guarantee the safety of both passengers and crew when operations resume.

He noted that the aircraft had been in storage mode for a couple of months and extensive maintenance checks had been carried out to keep them up to the required standards.

According to Olisa, “Within this period of flight ban, we have ramped up technical maintenance of all our aircraft, scaled up cabin refresh and carried out thorough disinfection to ensure they remain fit for the skies when the authorities flag off operations”.

The aircraft is now being brought out of storage and the pilots have been testing them, he said, stressing that all pilots and flight attendants have been retrained in line with NCAA directives.

On the airline’s readiness to resume regular flights, he stated: “As you know, we have been operating ‘special flights’ to local and international destinations, and we have more of such flights in the works. This accentuates our preparedness for operation restart as our pilots, cabin crew, and engineers have been hands-on and are very current. So, we are a hundred percent ready to resume”.

Air Peace has been operating charter and evacuation flights to various international destinations even as the flight ban persists. In April, the airline delivered the Federal Government’s medical supplies from Turkey and China to fight the COVID-19 pandemic. It has also operated several evacuation flights to India, Israel, and China in the last two months.