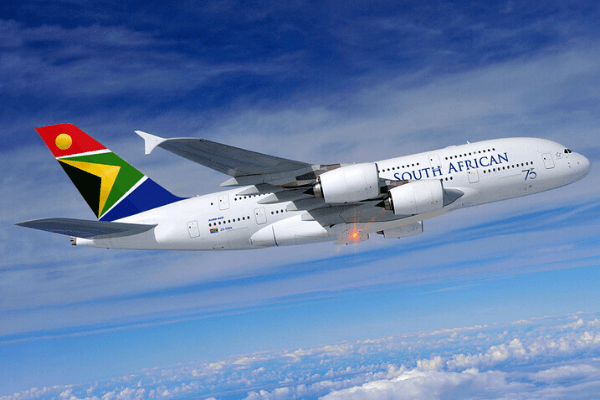 The strike initiated by South Africa’s aviation unions over pay has caused immense damage to the reputation, operations, and led to the deterioration of the finances of South African Airways (SAA), Pravin Gordhan, Public Enterprises Minister has said.

Reuters reports that the minister said the airline group would go through a radical restructuring process that would ensure its financial and operational sustainability, as there was no other way forward.

SA’s Department of Public Enterprise says over the past few days there have been intense discussions with lenders to secure the necessary funds to cover the operational and structural transition over the next few months.

To worsen the airline’s situation, two big travel insurance companies in South Africa have stopped covering tickets issued by SAA against insolvency as doubts grow about whether the struggling state-owned airline can survive.

Reuters reports that while the move is unlikely to push SAA into liquidation by itself, it will hurt ticket sales and exacerbate a cash crunch that left the airline unable to pay salaries on time this month, analysts said.

SAA has not made a profit since 2011 and has been struggling with an unprofitable network, inefficient planes, and a bloated workforce, despite bailouts of more than 20 billion rands ($1.4 billion) over the past three years.

Its financial position worsened dramatically after Nov. 15, when two of its largest unions began an eight-day strike over pay that forced SAA to cancel hundreds of flights.

Banks want additional guarantees from the state before they lend SAA more money but Tito Mboweni, Finance Minister, has refused, leaving the airline’s finances on a knife-edge.

Gordhan still wants to save SAA, which says it needs more than 2 billion rands ($136 million) quickly to stay afloat.

The company that administers Hollard Travel Insurance told Reuters that it had also excluded SAA from its travel supplier insolvency coverage, citing the airline’s finances.

In a letter to clients dated Nov. 28, Flight Centre said its preferred travel insurance provider is no longer willing to cover SAA due to doubts about its long-term viability.

TIC said its reinsurers had instructed it to exclude SAA from its insolvency coverage. It did not disclose the names of its reinsurers.

Ramaphosa’s government has taken a harder line on SAA recently, saying repeated bailouts must come to an end. He is trying to preserve the country’s last investment-grade credit rating and revive growth in Africa’s second-biggest economy.

Update 1: Nigeria to harbour 25% of world’s extreme poor if it fails to reform, warns World Bank