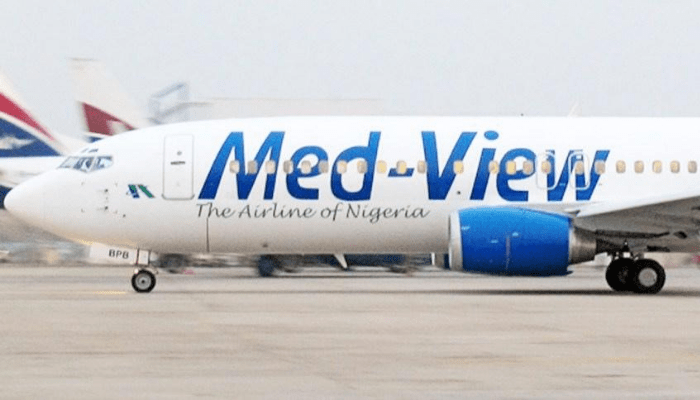 The management of Med-View Airline says the pending suit by Sheikh Abdul Mohsen Al Thunayan, chairman of the airline, does not affect its operation, sale or leasing of any aircraft by the carrier.

Muneer Bankole, managing director, Med-View Airline, in a statement to journalists in Lagos, confirmed that Thuanayan had a suit bordering on non-payment of dividends to him at the Federal High Court, Lagos.

He noted that the decision was also aimed at restrategising its operations by acquiring two lower capacity aircraft.

He explained that this was necessary following the outbreak of Covid-19 pandemic, which collapsed many of the global economies, including the Nigerian aviation industry.

“The resolution was made pursuant to the request of our banker, First Bank for the company to liquidate or reduce its indebtedness to the bank,” Bankole said.

“The bank has also promised to continue its unwavering support to acquire the two aircraft even with their approval of the sale of 5N-MAA and 5N-MAB.”

According to him, the directors of the airline were all notified of the meeting, including the Nigerian Stock Exchange Commission (NSE), stressing that this was in-line with the regulations guiding quoted companies.

Bankole emphasised that by the virtue of the existing Deed of Aircraft Mortgage and De- Registration Power of Attorney between Med-View Airline Plc and First Bank of Nigeria Limited, the latter was the Sole Mortgagee that could exercise all relevant legal rights over the said aircraft.

He noted that in the exercise of its legal rights therefore, the bank considered and approved the sale of the two aircraft with the sale’s proceeds applied towards part liquidation of Med-View’s exposure to the financial institution.

“This clarification becomes necessary therefore to inform would be interested purchasers of the two aircraft.

“First Bank in exercise of its lien power as the sole mortgagee therefore has the competence and capacity to approve the sale of the 5N-MAA and 5N-MAB aircraft.

“Interested persons and organisations should therefore submit/conclude their offers for consideration and acceptance accordingly,” he said.