Emirates to resume some flights from April 6 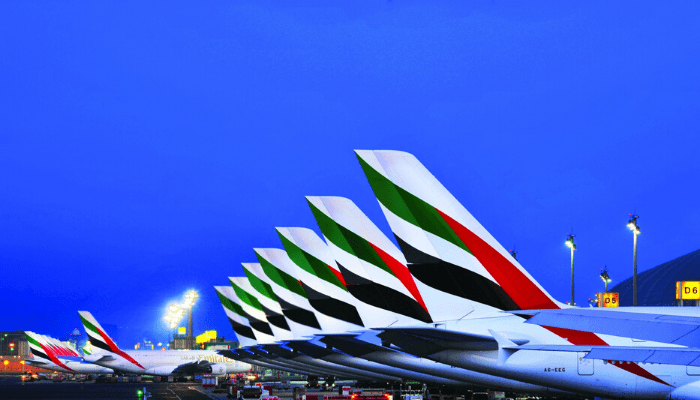 Emirates Airline on Thursday said it will resume some outbound passenger flights from April 6, less than two weeks after its coronavirus-enforced stoppage.

“From April 6, these flights will initially carry travelers outbound from UAE,” he said, adding that details would be announced soon.

Dubai-owned carrier Emirates, the largest in the Middle East with 271 wide-body aircraft, grounded passenger operations last week as the UAE halted all passenger flights to fight the spread of coronavirus.

The UAE, which groups seven emirates including Dubai, has declared 814 coronavirus cases along with eight deaths.

It has imposed a sweeping crackdown, including the flight ban and closure of borders.

Sheikh Ahmed said Emirates, which owns the world’s largest fleet of Airbus A-380 superjumbos with 113 in its ranks, was looking to gradually resume passenger services.

“Over the time, Emirates looks forward to the gradual resumption of passenger services in line with the lifting of travel and operational restrictions, including assurance of health measures to safeguard our people and customers,” he said.

When Emirates suspended flights, it cut between 25 percent and 50 percent of the basic salary of its 100,000-strong staff for three months, saying it wanted to avert layoffs.

Stay-At-Home-Reads on OkadaBooks This Weekend