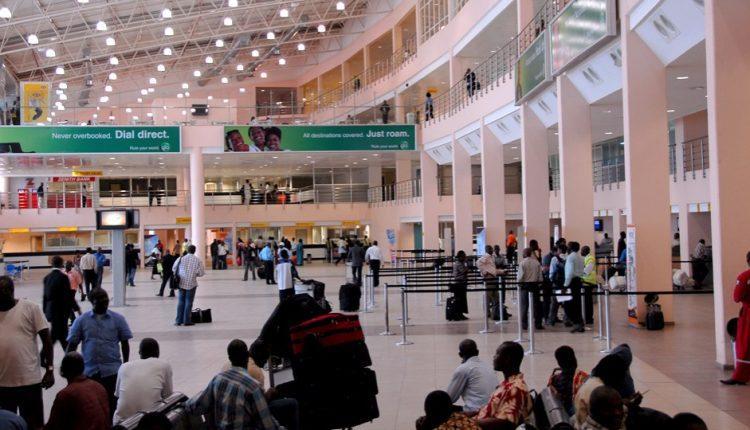 Share
Four aviation unions have kicked against the decision of the federal government to concession four international airports.
The unions include the National Union of Air Transport Employees (NUATE), Air Transport Senior Staff Association of Nigeria (ATSSSAN), Association of Nigerian Aviation Professionals ( ANAP) and AUCPTRE.
Hadi Sirika, the minister of Aviation last Thursday (25th June 2020) received the Certificate of Compliance issued him by the Infrastructure Concession Regulatory Commission ICRC)  which confirms that he has complied with all needed requirements to proceed with the process of concession for the four international airports in Lagos, Abuja, Kano, and Port Harcourt.
However, the unions have described the handing of a Certificate of Compliance by the ICRC to  Sirika on the ongoing concession as a ruse; questioning how he got the certificate when no one but himself knows what is being concessioned.

This is just as the unions have said that they will make the airspace ungovernable if the minister continues with what they described as the self-serving ruse promising nationwide protests against the concessions that will last as long as the idea to concession Nigerian airports remains alive.

Speaking on their behalf at the Murtala Muhammed Airport (MMA), Lagos,  Ocheme Aba, the General Secretary of National Union of Air Transport Employees (NUATE) on Tuesday told journalists that Minister of Aviation completely sidestepped the team and has gone ahead with his own programs as determined by himself alone.

However, the unions claim that there needs to be a transactional scope so the country knows what the minister has complied with and what the scope of the concession will be but till date, there is no scope from the transaction adviser so how did the ICRC hand a certificate of compliance

“As far as we know, the Transaction Adviser has yet as at date, not submitted the report of the scope of the Transaction to the Project Delivery Team. This raises the big question as to what is really being concessioned at those airports.

“The whole airport? Or, are we to believe that only Terminals will be concessioned? Or facilities within the terminals? No one knows, except the Honorable Minister of Aviation. And this draws attention to the opaque nature of the concession conjecture.”

For that reason he said, the unions have decided that it shall have to review its membership of the PDT if this type of public deceit and shenanigan continue.

Aba further pointed out that with the new Chinese funded terminal already a concession, will the Minister further concession it when the debt of building that airport is on the Federal Airports Authority of Nigeria (FAAN) and so begs the question how will it pay the loans when it is being stripped of its cash cows through concession.

The unions further said that the fact the airports’ concessions exercise is being directly carried out by the Honorable Minister of Aviation is of serious concern as he does not run any airport, nor does the FAAN Act grant him any powers to concession FAAN assets.

The further accused him of usurping the responsibilities and powers of the governing board stressing that little wonder he refused to constitute it, so he will not be held accountable for his actions, which they insist are illegal

“The Honorable Minister has completely usurped the functions of the management and the Governing Board of the Authority. As such he has unlawfully arrogated to himself the powers to enter into agreements in the place of FAAN. This is to the extent that there is now no difference between the Ministry of Aviation and the Federal Airports Authority of Nigeria (FAAN). This is a serious infraction; a travesty and an anomaly.”

On the nationwide action, the unions said: “For the avoidance of doubt, our Unions with all aviation workers, particularly FAAN workers and pensioners, will not co-operate with the concession program of the Honorable Minister of Aviation and will use every resource at our disposal to ensure that the machinations of the few against public interest ends here. The concession of Nigerian airports in the opaque manner prescribed by the Honorable Minister of Aviation must be denied daylight so as to suffer perpetual darkness.

“We shall soon publish our itinerary of public nationwide protests against this unsavory machination. These protests shall last as long as the idea to concession Nigerian airports remains alive. In furtherance of the objective, we have sought the support of the NLC, TUC, and ULC for the purpose of escalating the processes of engagement and protests. Never again, with the unfortunate mistake of selling off national assets to government officials and their cronies as happened in the electricity sector, shall we allow such to happen in Nigeria.”