Lagos and the ease of doing business 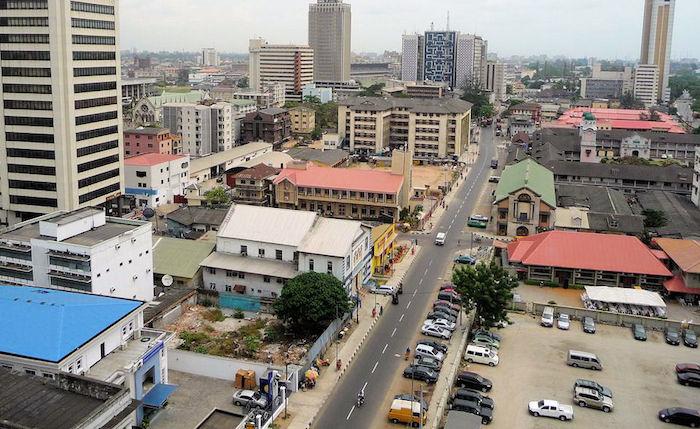 Lagos State is unique in many ways. It is the sixth largest city in the world and the most populous State in the country.

It is also the leading non-oil sector contributor to the country’s Gross Domestic product (GDP). It contributes more than 30percent of the nation’s GDP, consumes more than 60percent of its energy, pays 65percent of its value Added Tax (VAT), and accounts for 90percent of Nigeria’s foreign trade and 70percent of all industrial investments.

With three lighter terminals and two ports, Lagos generates 50percent of Nigeria’s port revenue while the Murtala Mohammed Airport, Ikeja, Lagos, is the major hub for aviation within West Africa, and between the region and Europe.

Lagos is equally the country’s financial, commercial and industrial nerve centre, with over 2,000 manufacturing industries and over 200 financial institutions.

The State alone harbours about 60 per cent of the Federation’s total industrial investments and foreign trade, while also attracting 65 percent of Nigeria’s commercial activities.

Currently, the State government’s expenditure focuses on developing infrastructure. Waste management is also experiencing improvement while the public transport system is being re-engineered.

Improved government financial control and other steps to create a favourable climate for investment have seen confidence grow in Lagos as a destination for investors.

Recently, the government signed the $629 million financing facility aimed at completing the Lekki Deep Sea Port with China Harbour Engineering Company (CHEC), thus reflecting the plan to explore investments and partnerships that would accelerate growth and benefit residents of the State.

It is this strong belief in the private sector that propels the government’s collaboration with the OPS in various vital areas of the T.H.E.M.E.S. Agenda of the Sanwo-Olu Administration’s development strategy. The government regularly meets with the business community to discuss issues of mutual interest. The last of such was held last July.

In the last 12 years, through the Lagos State Security Trust Fund (LSSTF), the OPS and the government have been battling to put in place a seamless security plan with the aim of creating a conducive environment for economic undertakings. The success of this novel model has made other States replicate same.

In order to protect businesses, the implementation of additional reliefs and measures to further ease the impact of the COVID-19 pandemic on taxpayers and businesses have begun.

These incentives are sequel to the initial 3-month extension of the deadline for filing of annual returns (from March 31 to June 30, 2020). Also, taxpayers are to enjoy a waiver of penalty for late payment of liabilities under PAYE (Pay As You Earn) that was due during the period of March-May, 2020 when the State was under COVID-19 lockdown.

The 2018 Land Use Charge (LUC) Law was reviewed to bring a huge relief to all, including corporate organisations. The penalties for 2017, 2018 and 2019 have been waived. This translates to over N5 billion potential revenue loss for the government.

There is also 48percent reduction in the Annual Charge Rates, just as the annual rate for Agricultural land has been reduced from 0.076percent to 0.01percent, which represents an 87percent reduction from the old rate.

On power supply, in collaboration with the private sector, the State government has, in the last 12 years, built 13 Independent Power Plants (IPPs) across the State. In furtherance of this, the government has unveiled a Smart Meter Initiative tagged “The Lagos Smart Meter Hackathon 2020”.

In respect of issuance of C of Os, Lagos is the first to begin an automation process of the process in 2001 and the procedure is getting faster by the day. On May 29th, 2020, the government published over a thousand C-of-Os that were ready for collection, the highest figure ever at a go. Thanks to the effectiveness of the e-process.

The various commitments of the government towards ensuring a safe haven for investors is already paying off. In the last one year, the State has attracted the sum of $192.10million in Foreign Direct Investment (FDI).

Also, bureaucratic processes in business registration have been reduced. By the same token, processing of relevant construction permits is now faster and better. In terms of enforcing contracts, litigation time has also reduced drastically.

There is also reduction in incidence of loss of files as data are now kept and transferred electronically. Equally, the time frame for property registration has been radically reduced while more land is now available for investors.

No doubt, Lagos is the prime investment destination in West Africa. The State, together with Kano, is responsible for the country’s jump to 131 from 146 in the 2020 World Bank Ease of Doing Business (EDOB) Report. The State was presented with the Presidential Enabling Business Environment Council (PEBEC) Award on EODB in recognition of its performance at the 2018 EODB Sub-National Ranking, in Abuja by the Vice-President, Professor Yemi Osinbajo.

Undoubtedly, Lagos is ready for business and things can only get better.