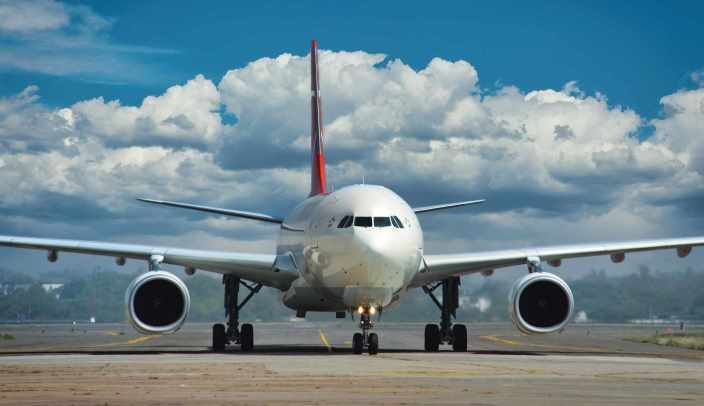 Two months after domestic flight operations resumed in Nigeria, domestic airline operators have disclosed that only 25 percent of their total fleet are currently flying.

The airline operators who linked this to low passenger patronage said the government’s support is urgently needed, as the situation is not encouraging.

Speaking during the election of new executive members to run the affairs of the Airline Operators of Nigeria (AON), Abdulmunaf Yunusa, new President of the association and founder of Azman Airline said as a result of the COVID-19, members of AON have faced serious problems.

Abdulmunaf said now is the time for the government to support the airlines or else, the commercial aircraft may be reduced and jobs lost.

He said the association has heard of the government’s proposed N27billion intervention funds but at the end of the day, it is only what the association sees, it can work with.

He disclosed that since domestic flight operations resumed, the airplanes that are operating are not more than 25percent of the total airplanes owned by domestic carriers, adding that this is not encouraging.

The AON, a body of domestic airline owners, yesterday elected new executive members to run the affairs of the association.

The new President of the association, Abdulmunaf Yunusa, founder of Azman Airline and the President of Azman Group while Allen Onyema, Chairman/CEO of Air Peace was elected

Yunusa took over from Nogie Meggison who has been the Executive Chairman of the AON.

Other newly elected executive members at the Annual General Meeting of the association held at the Murtala Muhammed Airport terminal two (MMA2) conference hall are Shehu Wada who is of Max Air.

Also, Muneer Bankole, Med-View Airline Managing Director/CEO; Edward Boyo, his counterpart with Overland Airways, among others were elected as members of the Board of Trustees.

The AGM also approved the change of leadership nomenclature from Executive Chairman to President.

Yunusa in his acceptance speech commended the members for the confidence reposed in him to lead the association.

He said, “It is such an honour to be elected as your next chairman. I am humbled that you placed your confidence and trust in me. As in one of the words of the former President of United States of America, John Kennedy, I accept your decision with a full and grateful heart, without reservation and with only one obligation to devote my mind, my thoughts and my spirit to lead our association to the next level.

“As an active member of AON, I am fully aware of all the pending matters and problems facing our association such as the issue of multiple taxation, VAT, and intervention to the airline operators, duty waiver and forex.

“I will like to assure you that I will continue from where the former chairman is today, taking the matter up with all the relevant authorities until we achieve our goals.

“Although it is difficult for an association like AON to solve its problems, we shall do our very best. I am therefore requesting the cooperation and support from each and everyone of you to achieve that.

“I will like to thank the former Chairman for the success recorded during his tenure and hope that he will always be available to advise and guide us. I will also like to thank the federal government, the Honoruable Minister of Aviation, the CBN Governor, DG, NCAA, MD, FAAN, MD NAMA, MD NIMET for the cooperation, support and guidance they have been giving to our association and hope that it will also continue during my tenure and beyond.”

NAHCO denies allegations of money laundering, others by former employee