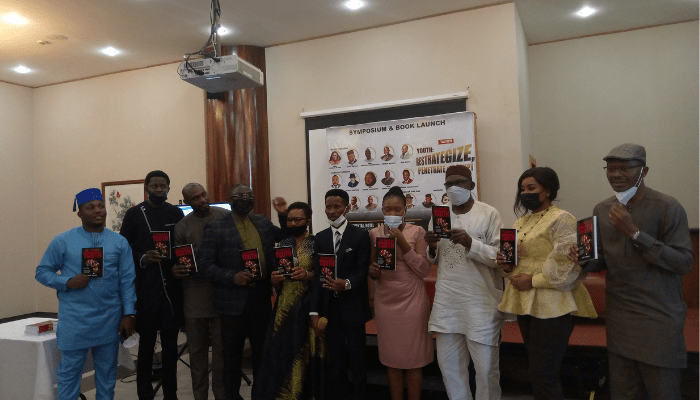 On February 6, 2021, the Nigerian literary circle welcomed a new writer, whose debut book was an inspiration for youths willing to take positive action on their plights.

In the new book titled ‘The Competent Youth’, James Useghan, the author, challenged the youths on doing something positive to change their plights than complaining to people or a system that will not help them.

The author, who is also the founder of First Massive Literati, and an advocate of youth empowerment and inclusion in governance, decried that some political office holders who took leadership positions while they were young, have been in office for long, yet no desirable change has happened in their communities, and society at large.

“The increasing rate of unemployment in the country, especially for the youths, calls for concern, and we think it is time for us to do something about it”, he said.

“The #EndSARS protest was a remarkable testament by the youths, and it wasn’t just because of police brutality, but a lot of the youths want change. They want something that will make their lives better and have a sense of belonging. For that reason, I decided that it was good to lend my voice to this issue with this book launch, The Competent Youth”.

“The author, who contested for a senatorial seat in his state in 2019, regretted that change cannot come easily, hence the need to wrestle power from the hands of the holders who are not impacting the lives of their people. It is time for youths to restrategize, penetrate and occupy”, he urged.

On the reason he went for self-publishing, the author said, “Self-publishing is becoming the first choice for writers because Nigeria is a place where writers are not encouraged but we still have readers in the system. Don’t forget, the book is also on Amazon platform where there is a possible means of selling more copies. I needed not to wait for anybody to take responsibility for my property at my own expense”.

Describing the book as a reflection of a young man who defies all odds to achieve greatness, he noted that it would help the youths to understand that there is no challenge in life that they cannot overcome, as human beings are created to solve problems.

The book, according to him, also exposes some strategies youths can apply for the 2023 election in Nigeria.

In his review, Omololu Olubakinde, the book reviewer, noted that the book is about the quest for the author to serve the people. He insisted that for one to be a writer his/her books should be touching lives and the author has put some of his experiences into writing, which has historical content for people from the Niger Delta. “The book is not just trying to sensitive people, but also educates them on issues they did not know”.

For George Ashiru, one of the guests at the book launch, the author is promoting what he is practicing.

“Because you think you are qualified for leadership does not mean people look up to you as a solution to their problems. Rather you have to prove to them that you are qualified with your antecedents”, Ashiru said, while asking people to also query the authenticity and antecedents of the youths who want to go into politics.

He urged the youths not to always presume that things would be handed over to them, and that they should not always agitate until they are prepared.

Chris Ekiyor, another guest, urged the youths to shift from the mindset and brainwashing by the older generation that until you get to a particular level or status you can never be anything.

The event also witnessed a symposium themed ‘Restrategize, Penetrate and Occupy’, where members of the panel discussion, including; Ferdinand Adenife, Akin Akinpelu, Tonye Cole, among others challenged youths to take positive actions to make the needed change happen.