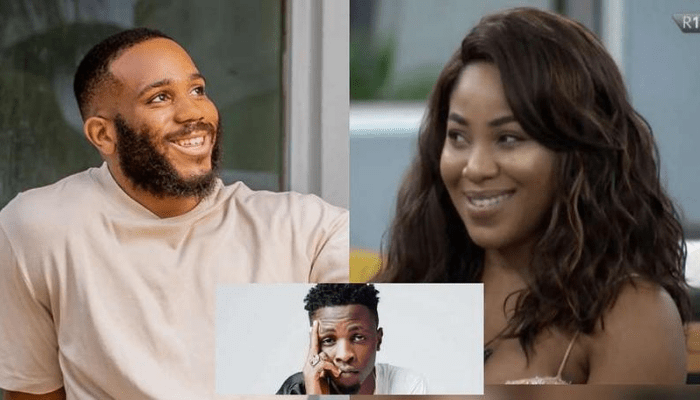 Big Brother Naija is avidly watched by fans from 48 African countries who will attest that the show only gets better and more entertaining with each passing season. In the past three weeks since its premiere, Big Brother Naija Lockdown is already exceeding expectations.

On Sunday, July 19, 20, housemates were locked down in Big Brother’s house after being quarantined for two weeks to ensure they were COVID-19 free. The first impressions of the housemates started emerging within the first few days, social media sleuths started to discover information about the housemates as they began to interact in the house.

Some of the things discovered were that Praise is engaged, Nengi is a former beauty queen, Prince was Mr Nigeria in 2018, and that Laycon is a pretty talented rapper.

It has been three weeks since the show began, but there are many spectacular things fans love about the Big Brother Naija Lockdown edition so far.

Since the show began, the housemates have been the source of major banter, memes, and laughs on social media. The housemates are an amazingly diverse bunch, and the consensus is nearly unanimous – these guys are probably the most entertaining set ever seen on the screens since the show’s inception.

Literally every housemate will remind you of someone you know or a situation you have previously encountered.

Kiddwaya is that guy who is very aware of the fact that he is too good looking for his own good. Brighto seems a sly for want of a better word. He plays the game so well! For three weeks, Kaisha is yet to unveil herself and that tells you something about her.

Ozo is the super nice guy who ‘friendzones’ you so nicely that you barely notice it. Lucy is your loudmouth friend with a temper, who never holds a grudge. The review could go on and on, but you understand already, right?

The Big Brother Naija show is popular for giving the housemates innovative games that challenge their minds, talents, and their ability to think on their feet. The Lockdown edition is no different.

For the last wager task, the housemates were asked to put up a musical drama set in the 80’s, and their different talents were put to good use. Triktytee made for an excellent director, Vee showed her musical skills in overseeing the musical acts, and Tochi proved that he is a pretty good actor.

The Betway Arena Games are always hilariously inventive, and after three weeks of watching the show, all fans want to know is – who thinks up those games?!

The Bbnaija format is not news to anyone – 20 housemates or so stay together in a secluded location for nearly three months, and the housemates with the lowest votes from the viewers are periodically evicted.

In this season of the show, all the housemates are put up for eviction every week, except the Head of House and Deputy Head of House, whose positions grant them immunity. Viewers then vote for their preferred housemates, and then the rest of the housemates go into the Diary Room to tell Big Brother who they want to be evicted from the show.

So far, there have been two sets of evictions in the Bbnaija lockdown house, and in an unexpected twist typical of how Big Brother likes to take us all by surprise, both evictions were double evictions, so four housemates have been eliminated so far.

The concept of evictions seems almost unfair; the housemates are allowed to bond and get accustomed to each other and then suddenly someone gets booted out of the door, but as Tochi said at the last Eviction Show, “it is what it is”.

The Saturday parties have been time for the housemates to blow off steam resulting from disagreements among themselves, or anxiety about being evicted. They always take the parties very seriously, dress to the nines, and come prepared to have a good time. After the party, conversations about the housemates go on until well after midnight as social media users discuss the activities of the housemates.

Erica’s popularity grew from how hard she partied at the Saturday parties, while Brighto surprised the viewers when he showed us what kind of party animal he was. From the Saturday Parties, you also get a sense of which ‘ship is about to sail.

Besides the Head of House game, that seems to confound the housemates every week, it is clear that the personality of the HOH inevitably sets the tone for the other housemates during the week of their reign.

In the first week, the Head of House was Nengi. The housemates, flush from the excitement of having gained access to the Bbnaija house, combined with Nengi’s breezy leadership style enjoyed a pretty cool first week.

Lucy’s more strident style in the second week led to several arguments and clashes between housemates and the failure of their wager task. Ozo emerged as the Head of House in the third week, and his reign was marked by ‘round table’ discussions in the aftermath of arguments, and the housemates winning their first wager task.

The show started out with 20 housemates, evenly balanced across both genders.

After a few days in the house, in true Noah’s Ark style, the housemates started to pair themselves up into couples. Lilo and Eric are the kind of couples you know – the kind that gets absorbed in each other and forgets that any other humans exist in the world. Tolanibaj and Prince just started to sail their ship and viewers were extremely curious to see how that will go.

Adekunle: The golden artiste and his craft

Music can bring healing to the world, says Nome