Animators struggle for spotlight in Nollywood 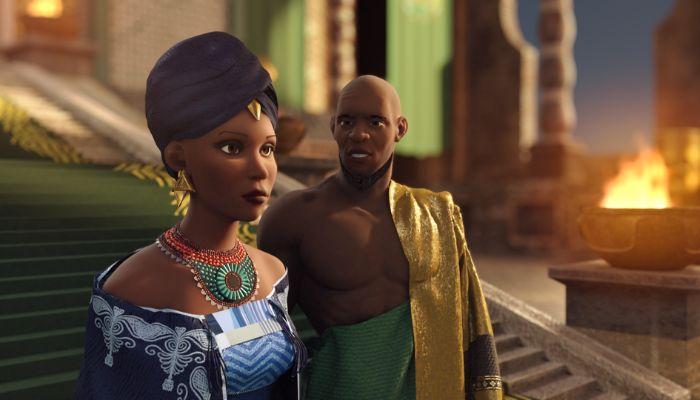 In Nigeria, which is home to the world’s second-largest film industry, animators and cartoonists are struggling to make a name for themselves in Nollywood.

Though there is a scarcity of formal training opportunities in the animation space, many Nigerian animators are carving a niche for themselves by creating local production and animated short movies.

‘Iwájú’, which has been described as Nigeria’s first animation series, is expected to be released soon by Walt Disney Animation Studios and the pan-African British-based entertainment company Kugali Media.

It will be set in a futuristic version of Lagos and will explore themes of inequality, class divide, and coming of age.

Esther Kemi Gbadamosi, a media consultant and stop motion animator, said animation must be a part of a truly robust film and entertainment industry.

She said the Nigerian animation industry is still growing but is under-represented despite all that it can contribute. “Animators are frequently ignored, marginalised, and not regarded as significant players,” she said.

“The real business is only now starting to pick up with acquisition, commissioning, and licensing. With a growing body of work being released practically every day, we are in a good place; more people around the world are seeing our works, and from there we can definitely advance,” she added.

According to Gbadamosi, some key stakeholders are unsure whether they can invest in the space.

She said: “They typically doubt the body of work’s ability to sustain engagement, how much they can deliver, and how quickly.

“Studio executives and streaming services are taking a critical look, even though they are not doing a lot to change the situation. A lot of animation professionals have to go outside our borders to experience real value conversion. Animation takes longer and is more expensive; with more partnership and investment, Nigerian animation will improve significantly.”

According to PR Newswire, the total value of the global animation industry was projected to reach $270 billion by 2020. The streaming market for animation content peaked at $ 2.9 billion in 2018 and is experiencing growth at an annual rate of 8 percent.

Micheal Oboh, co-founder of Orange VFX Studios, said there is a big gap in the animation industry and the growth pace is slow.

He said financial challenges are one of the major issues facing animators in the country.

He said: “The technologies used to create animation films are quite expensive to be afforded by some of the animator studios in Nigeria.

“We aspired to achieve the type of work of animation done abroad but the cost of equipment is the problem. The cost of production for animation is more expensive than the regular movies produced.”

Oboh said government support, grants, and investment will also boost and lead to the growth of the animation industry in Nigeria.

Most animators normally create short films because of financial constraints, he said.

‘The animation sector is evolving. There will be a need for more training, investment, and collaboration to get to the stage of Nollywood films,” he said.

According to Christian Damiete Thankgod, a motion designer and animator said, animation is capital-intensive and involves different sections and processes of production which require specialised skills.

He said: “The absence of an adequate training hub to train animators is another challenge that the industry faces; most animators in Nigeria are self-taught. There are few animation training centres in the country.

“Lack of collaboration is another challenge; most indigenous companies and organisations prefer to take their projects to foreigners instead of using animators and studios in the country.”

He said animated films should be promoted on TV stations so that animators and animation studios can improve their skills and create jobs for more animators.