How technology can help tackle incessant flooding in Lagos 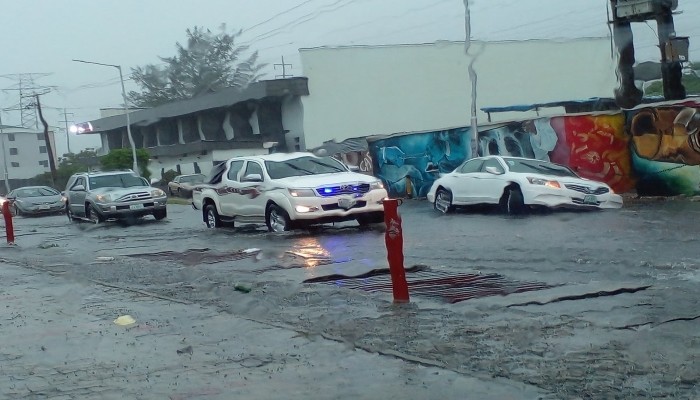 On a normal day, it would take the average commuter less than 20 minutes to get a bus going to the different parts of Lagos at the Constain Bus stop.

But Friday was not a normal day. It had rained almost non-stop from about 10am to 4:45pm and left nearly 70 percent of Lagos State flooded. Consequently, over a thousand commuters found themselves scrambling for very few buses at around 4pm at Constain. Several of them have left their offices very early to avoid the scramble and get home as early as possible.

The widespread incidences of flooding left vehicles trapped in heavy traffic. Frustrated commuters took to social media to post pictures of the current state of roads from where they were commuting from. Car owners were not left out. Flooded pictures of roads at Lekki, Victoria Island, Allen Ikeja, and others surfaced on Twitter and other platforms.

“My friend just told me he has been in traffic from Iponri since 9am and only just got to Ikeja at 4pm. He said everywhere is flooded,” said a staff member of a communication company. He has already called his wife at home to inform her he will be sleeping in the office.

This is the umpteenth time floods are keeping many residents in Lagos from getting home early to be with their families or making emergency sleeping arrangements because of the roads. And the more time they spend at the bus stops the risk the people run of becoming victims of armed robberies.

Every year, the rainy season appears to catch the Lagos government napping, with properties damaged and on a few occasions causing loss of lives. Whereas by merely leveraging technological solutions the state can drastically reduce the impact flooding has on its economy. Some of these innovations include surveillance technology, flood mapping technology, connectivity technology, and situational awareness technology.

Flood forecast maps use remote sensors to determine which areas are most at risk of flooding based on elevation, proximity to bodies of water, and other topographical data. They can also be helpful in evaluating if and when to rebuild infrastructure after a natural disaster, as some areas may have become too dangerous to accommodate homes and businesses.

These maps came in handy in Germany when the country witnessed a record rainfall that caused some of the worst floods in decades and led to the death of at least 81 people and over 1000 more unaccounted for. The maps allowed security operatives to launch successful rescue operations and also evacuate residents from flood-prone areas.

The Nigeria Hydrological Agency had in May, released the 2021 flood outlook which predicted severe flooding in 28 states, including Lagos. The state can make good use of flood forecast maps in determining which areas of the city need emergency rehabilitation and the places where residents need to take extra measures to protect themselves from flooding. Clogged drainages contribute to incessant flooding in Lagos State. With flood maps, the government can determine areas where the drainage system needs to be removed immediately and deploy personnel and resources there.

Given that flood is a recurring decimal in states like Lagos, deploying surveillance technology for instance would help in mitigating the impact floods have on residents in the future.

Surveillance technology includes drones or unmanned aerial vehicles (UAVs) which provide ground crews with an “eye in the sky” that allows them to gain a full picture of the flooding, including which areas are most affected and where emergency responses may be required next.

One of the most powerful tools for tackling flooding and other natural disasters is the smartphone. Fortunately, smartphone penetration is about 39 percent and growing. Lagos also accounts for the largest share of smartphone ownership in Nigeria. The state government can therefore plug into this asset.

Quickly deployable cellular data communication platforms can help people stay in contact with their loved ones during floods. These networks can also help authorities communicate more easily with one another and with imperilled communities over social media.

In 2014, the Nigerian government under President Goodluck Jonathan had begun a project to integrate spatial data retrieved from satellites with other data on soil moisture, population, land use, topography, and cropping patterns.

Overlapping this data allows scientists to assess areas at risk for flooding and identify potential locations for recession agriculture. A suite of flood forecasting tools, which will help Nigerian government officials plan for future events was developed. There is no reason, why a state government like Lagos state should not build on the back of a project like this. The floods are getting heavier and lives and properties depend on the proactive measures the government wants to take.