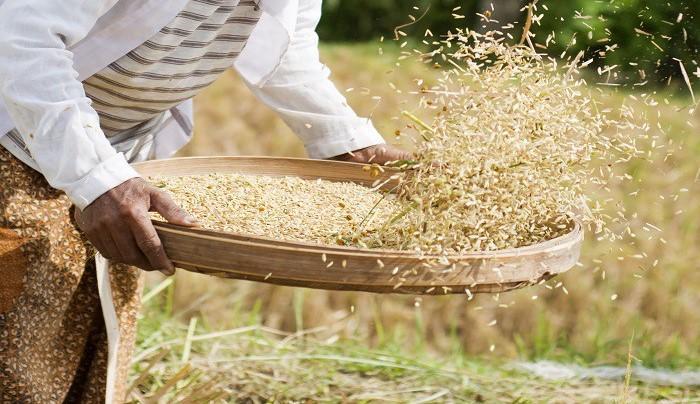 Nigerian-based tech-driven agric investment platform, Thrive Agric has responded to protest by some of its investors about unpaid dividends since May 2020 and insinuations that it is planning to shut down.

The company has come under intense criticism in recent times by people who invested capital in farms promoted by Thrive Agric. The aggrieved investors took to social media to air their grievances recently with hashtags like #ThriveAgricPayYourInvestors.

The company told BusinessDay on Thursday that it plans to pay investors in the coming months as soon as it can ascertain its cash inflows. Uka Eje, the CEO of the company who spoke to BusinessDay via phone said it has not set a timeline when the refund will be made.

“Everyone will get paid but it is just the timing. So we just need to optimise our client operations to make sure that payment gets to them as soon as possible. We definitely are not trying to pack our load and leave the business,” Eje said.

As an agro-investment startup based in Abuja, Thrive Agric makes it possible for investors to support agricultural ventures by investing in farms at specific seasons. Those who invest earn a return on their investments depending on the duration and the amount they invest.

Thrive Agric has also closed some funding rounds. It got accepted into Y Combinator, the US-based early-stage venture capital firm, where it was able to access $150,000 in 2019. Data from Crunchbase showed that the company has so far raised $170,000.

While the agricultural sector remains a top priority of the President Muhammadu Buhari’s administration, it still faces a lot of challenges. The challenges became even more pronounced with the COVID-19 pandemic.

In May 2020, Eje told TechPoint that one of the major challenges the company faces is the restriction of movement which slowed down farmer onboarding and movement of input (seeds, fertilizer, and agrochemicals) from the input companies to farmer clusters. But Eje claims the company was able to overcome this challenge.

“With an efficient aggregation framework that puts the farmers in clusters, we have been able to effectively link major input providers to farmers and also link the farmers to large off-takers alongside the informal markets,” he said.

A regulatory document released by the Securities and Exchange Commission (SEC) may have also contributed to the current cash-crunch the company is facing. In the last week of March 2020, the SEC released an exposure draft containing guidelines for investors and crowdfunding operators.

From the SEC’s definition of crowdfunding, as the process of raising funds to finance a project or business from the public through an online platform, agro-investment platforms like Thrive Agric are automatically under the regulatory purview of the SEC. And where Thrive Agric and other platforms similar to it are in doubt, the SEC added a specific category it called the Digital Commodities Investment Platforms. This describes a digital platform that connects investors to specific agricultural or commodities projects for the purpose of sponsoring such projects in exchange for a return.

The regulation requires platforms like Thrive Agric to provide a capital requirement of N100 million ($263,157 using N380/$) which is far higher than the funding ($170,000) the company has raised so far.

Eje told BusinessDay that much of the trouble was that offtakers have delayed in making payment.

“COVID-19 played a significant role in our operations this year,” Eje said.

Affected investors said they are frustrated by the company’s silence while sitting on their funds. An investor, Sandra Obiukwu told BusinessDay that she invested N255,000 in one of the farms promoted on Thrive Agric and is yet to receive her funds.

“A rep only called some days ago saying that they are yet to receive payments from offtakers. My due date for the payment was on 16th September and no official email has been sent concerning the reason for the delay,” Sandra said. “However, I contacted them on WhatsApp about 2 days ago, and their rep said they will be having a meeting with their offtakers yesterday. Till this moment no official email has been sent to explain the way forward.”

Eje however told BusinessDay it plans to release an official statement on Monday 21 September 2020.

“We have not communicated the timeline yet. This is primarily because we need to make sure that we measure cash inflows so that we can have a conversation and let them know when they are going to get their money back, which might be in the next couple of months. We don’t want to promise and then we go back. That can be quite upsetting,” Eje told BusinessDay.