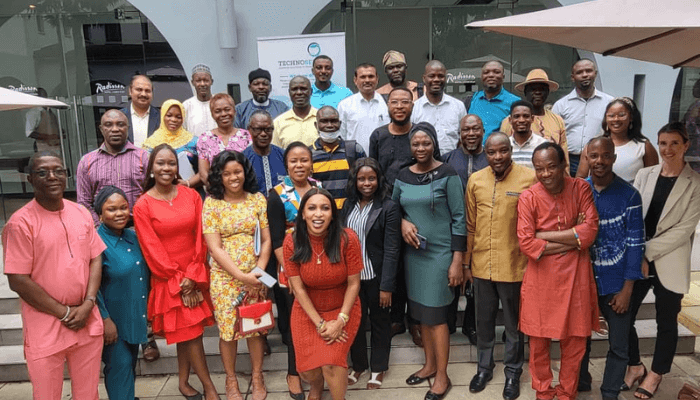 To ensure that premixes are sourced responsibly, stored adequately, and applied rightly to tackle malnutrition in Nigeria, TechnoServe and its technical partners have trained processors in flour, edible oil, rice, and the sugar sector on premixes management.

Prosper Ndayiragije, vice president of the West and Central Africa DSM who took the processors on de-bunking fortification myths said there is a need to break the myths cycle, especially from the early stage to drive food fortification. The participants of this training were able to match these myths with facts that have been proven through research on the challenges that affect the mindset of millers to fortification practices.

According to him, treating hidden hunger is cost-effective and offers a huge return on investment for businesses, noting that the cost of not acting is too high.

He noted that tackling hidden hunger and malnutrition requires a joint effort from governments, policymakers, and stakeholders.

“We need a joint effort from governments, policymakers, and industry to end hidden hunger and create a virtuous cycle of economic development,” Ndayiragije said.

He noted that it costs less than 25 cents a year to address micronutrient deficiency through large-scale food fortification.

Olajobi added that mandatory fortification legislation of at least a staple has increased from 88 countries to 92 countries.

Similarly, Ana Zhenchuk of BioAnalyt, speaking on quantitative and qualitative analytical methods for testing micro-nutrients, said her organization develops portable diagnostics for micronutrients in food and health status in the population to tackle global malnutrition.

According to her, BioAnalyt has an iCheck application that measures the vitamin A levels in certain fortified food vehicles across sectors.

In her welcome speech, Ayodele Tella, country lead for food fortification, TechnoServe said for the past five years TechnoServe, under its Strengthening African Processors of Fortified Foods (SAPFF) had worked and supported food processors in flour, sugar, and edible sectors to meet the national fortification standards competitively and productively.

She stated that it offered technical assistance specific to sector challenges and matching grants for acquiring quality control equipment.

She added that the program led the nutrition CEO forum to drive fortification commitment at the top executive level, and establish the self-regulatory index – Micro fortification Index to push compliance.

According to her, SAPFF has since evolved into the TAAP project, which is also funded by the Bill and Melinda Gates Foundation to work with global supply chain partners in the food fortification space to create a platform for private-public partnerships that will drive sustainability of large-scale fortification.

Tella noted that the TAAP initiative is doing so by supporting and motivating millers in eight countries in Africa and South-East Asia, with a target to impact over 100 annually to drive large-scale food fortification.

She added that under the TAAP programme, rice will be added to other food fortification vehicles of the SAPFF initiative.

“Under the TAAP program, we would be meeting the technical demand of producers in the rice, edible oil, and flour sectors with similar offerings as we have in SAPFF but with global partners.”

“Despite shocks in the supply chain and FX volatility, there is still a commitment by processors to do the right thing. With our global partners we want to continue to support the industry of rice, flour, and edible oil to drive fortification,” she said.