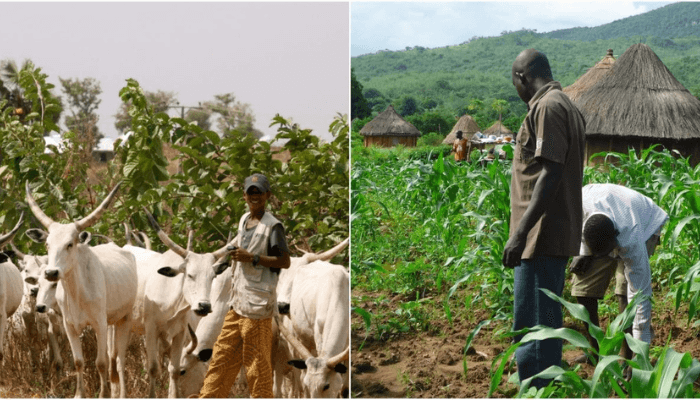 Nigeria’s prolonged violent conflicts between farmers and herdsmen which have been tipped to stoke a food crisis in Africa’s most populous nation is as a result of interrelated socio-economic and political factors, a new report has said.

The report ‘Root Cause of Farmers-Herders Crisis in North Central Nigeria’ revealed that the crisis was caused by multiple but interrelated socio-economic and political factors associated with the structure of the society and the character of the Nigerian state.

The study conducted 72 in-depth interviews with traditional rulers, community leaders, religious leaders, and representatives of local government authority, farmers, herders, security agencies, and the civil society across selected affected communities in Benue, Nasarawa, and Plateau state to understand the root cause of the farmers-herders crisis in the region.

“It is a call to action because once you know the effect of an issue or what has happened it generates discourse and with discourse, we hope that a solution will be proffered,” said Angela Odah, representative of Rosa Luxemburg Foundation while speaking on the report.

“Putting the solution on the front burner is very important,“ she said.

She noted that this issue is causing Nigeria a lot, threatening food security, and displacing millions of people, adding that it has increased the number of out-of-school children.

“This is a very serious issue to the development of Nigeria, that is why we decided to focus on that and to ensure that Nigeria themselves discuss this issue and find a resolution to it because this is our society,” she added.

Chiemeke Onyeisi, policy director of Maroon Square while speaking said that they decided to bring the issue out because it seems to have gone under the radar due to the season of politics the country is in right now and the forthcoming 2023 elections.

He said the issues of the farmer-herder crisis have not abated; that any way that it could be kept on the front burner will not be a bad idea, stressing that the prices of food that have gone up today are as a result of dislocation suffered by farmers.

He said part of where he comes from in Delta state also had a report of such, but everything has gone under the radar because of politics.

Onyeisi said that the review of the report is in partnership with the Rosa Luxemburg Foundation.

Frank Oshanugor, editor-in-chief of Brasoc Communication, one of the reviewers said the book is all about the crisis that has continued to persist between farmers and Fulani cattle herders in the North Central Region.

He said the researchers traced the crisis right from 2001 to 2020, spanning 20 years and that they took three states as their study setting to find out what are the actual causes of the crisis.

He said they selected 72 participants in the three states to interview them and that at the end of the day so many causes were identified, such as lack of enough open grazing land for the cattle, blocking of the grazing routes by the farmers, forceful acquisition of the farmers land by the Fulanis cattle herders which easily resulting to violence by the farmers and the herders.

Also, Oliseh Kadishi, historian and researcher said that the researchers discussed the origin of the farmer-herder crisis drawing from Pre-Colonial times till the present time and the impact it had on the people.