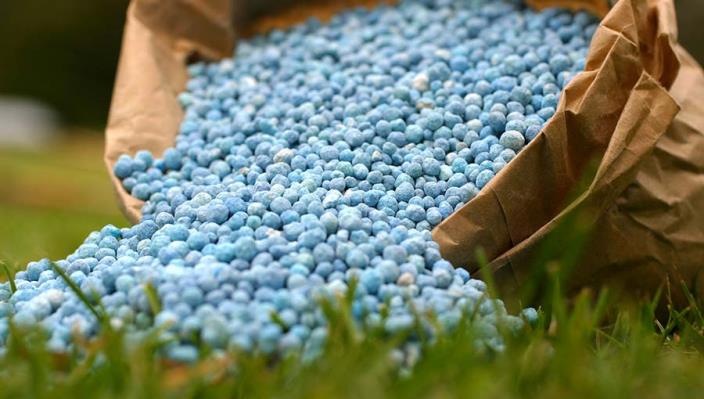 The Nigerian Sovereign Investment Authority (NSIA) says it has saved over $350 million from the erstwhile payments on subsidy and import substitution through the implementation of the Presidential Fertilizer Initiative (PFI).

Following notable successes and transformative impact of the PFI over the past four years, the presidency approved its restructuring, starting in the 2021 cycle with various modifications.

Under the modifications, the NSIA has been transitioned to an upstream player thereby limiting its involvement to importation, storage and the wholesale of raw materials to blenders.

The NSIA subsidiary, NAIC-NPK Limited, will be spun off to the Ministry of Finance Incorporated.

Under the new arrangement, blenders will no longer be paid blending fees by NAIC-NPK as they will recover their cost directly from selling the fertilizer to the market.

This will balance the incentives of the business and ensure the blenders build the right capacity to actively participate in the local supply sub-sector.

The blending plants are expected to provide bank guarantees to cover requisitioned raw materials demand that are appropriated for their respective production volumes.

As part of the new structure and in line with the presidential directive, the Federal Ministry of Finance Budget and National Planning and the Central Bank of Nigeria are expected to engage commercial banks to facilitate lines of concessionary credits to blending plants for the purchase of raw materials.

The approval, which takes effect immediately, was communicated in a letter through the Office of the Chief of Staff to the President, which was issued in November of 2020.

Under the new arrangement, blenders will be responsible for bulk of the activities in the fertilizer production value chain such as transporting the raw materials, sourcing filler, blending the fertilizer, and selling to off-takers.

Also, the Federal Ministry of Agriculture and Rural Development will perform its statutory monitoring and quality control role over blender activities.

The benefits of this new approach include but are not limited to unlocking more development finance (loans and investments) into the local fertilizer blending value chain of Nigeria.

It would also strengthen market systems and encourage actor participation. This will lead potentially to mergers and acquisition and innovation and growth across the industry which will benefit farmers.

The new approach would further reduce food price inflation in the market as the availability of fertilizer will drive down the price or cost of food products.

It is also expected to reduce the high rate of unemployment as more people will become engaged in the production process.

In his comment, the Chairman, Implementing Committee of the PFI and Executive Governor of Jigawa State, Governor Mohammed Abubakar Badaru said, “The programme has in many ways served to augment the Administration’s policy-driven programmes to diversify the Nigerian economy.

“In the main, the programme has bolstered Nigeria’s industrial base, resuscitated, and strengthened domestic production capacity for fertiliser, eliminated to the huge fertiliser subsidy burden placed on Federal Government, created thousands of direct and indirect jobs and alleviated the plight of the domestic farmer by ensuring availability of fertiliser.

“Clearly, the programme is a strong value proposition for the nation in the agriculture space given the variety of socio-economic benefits it presents. We are grateful to Mr. President for creating this programme and look forwards to supporting the next phase as it evolves.”

Speaking on the development, the MD/CEO of NSIA said with the support of the President, the programme has accomplished its principal objectives.

He said, “Having fulfilled the establishment, stabilization, and market discipline phase of PFI, the primary objective of which was to revive the blending plants and create a viable domestic blending industry, we believe the PFI should gradually evolve into the next phase, which is a tactical withdrawal of intervention in the industry and the emergence of a self-sufficient, sustainable, and efficiently operated market.

“NSIA is pleased with the Government’s decision and looks forward to seeing the innovation and creativity which will characterize the open market in the sector”.

Thomas Etuh, chairman, the Fertilizer Producers and Suppliers Association of Nigeria said that the restructuring is a welcome development for FEPSAN.

He said, “The new approach will afford operators the opportunity to build recognisable and trusted brands while ramping up distribution nationwide”.

Within four years of the initiative, the programme has delivered on key outcomes including over 30 million bags of 50kg NPK 20:10:10 equivalent spanning project period; price reduction on fertilizer from over N10,000 to under N5,500.

It also said that 41 blending plants have been resuscitated from an initial number of four plants at project inception, adding that an estimated 250,000 jobs (direct and indirect)across the agriculture value chain including in logistics, ports, bagging, rail, industrial warehousing, and haulage touch-points, among others have been created.

It also said food security has been achieved by facilitating increase in domestic food production through the provision of affordable, high quality fertilizer.