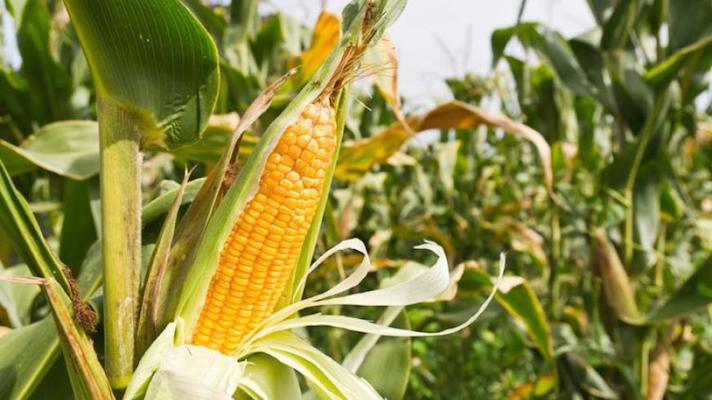 Maize is the leading cereal grown in Nigeria, closely followed by sorghum and rice, and can be cultivated in all states of the country.

The grain crop serves as a key input in many manufacturing companies and the poultry industry.

About 60 percent of Nigeria’s maize is used for the production of poultry feeds, 25percent is used-up by the food and beverage industry, and remaining is consumed by households, experts say.

In Nigeria, maize production is rain-fed, and the planting season starts in mid-March through mid-June yearly – (March/April in the South and May/June in the North). The crop matures within three to four months of planting.

The International Institute of Tropical Agriculture (IITA) in 2017 put the value of Nigeria’s maize industry at $6 billion (N2.5trillion).

According to the Food and Agricultural Organisation (FAO), maize is the most important food crop in Sub- Saharan Africa, but for over five years now, there has been a critical imbalance in the demand and supply of maize in Nigeria.

Africa’s most populous country has seen its maize output decline in recent years owing to the devastating impact of climate change and intensifying insecurity issues in the country that has forced many farmers to abandon their farmlands as well as the impact of the COVID-19 pandemic that obstructed the farming supply chain.

Similarly, yield per hectare has remained low and production has failed to match population growth over the years despite being the second largest grower of the crop in Africa and 13th globally.

Agro-allied manufacturers who use maize and its by-products as key inputs are increasingly sourcing locally as foreign exchange hiccups continue to deal blows on their capacity to import the grain.

The shortfall in supply has caused prices of maize to reach an all-time high of N250,000 per ton, posing a major threat to poultry, food and beverage industries and the country’s food security.

Poultry farmers who spend 70percent of their production costs have been worst hit by the sudden and speedy rise in maize prices.

“The rising cost of maize is threatening the livelihood of many poultry farmers and players in the feed value chain – thus plunging the economy into a deeper crisis,” said Alfred Mrakpor, chairman of Poultry Association of Nigeria (PAN)- delta state chapter.

Mrakpor stated that the high prices of maize has instilled fear among livestock feed producers in the country.

The situation of the rising cost of feed forced many poultry farmers to shut down operations as maize constitutes 70 percent of inputs needed for feed production.

CBN intervention and release of 300,000mt

Despite enforcing an FX ban on maize importers, the Central Bank of Nigeria (CBN) in August 2020 approved an emergency intervention measure to four companies to import 262,000MT of maize to bridge the shortfall in production and augment local production.

In an attempt to further relieve the pain suffered by Nigerians with maize crisis in the country, the CBN has commenced the disbursement of 300,000 metric tons of maize through its strategic anchors facilitated by the CBN-financed Anchor Borrowers’ Programme (ABP) and other drivers in the supply chain.

The apex bank is also leveraging support from key players in the agricultural sector such as AFEX Commodities and others to boost productivity across the maize value chain.

“By facilitating the release of the 300,000MT of maize, leveraging support from credible players in the ecosystem including our team at AFEX, the CBN will offer over 35,000 farmers and agro-processors a channel through which they can trade maize at a subsidized rate, and thereby reduce the adverse effect of the maize price hike, increase local demand, and improve farmers’ livelihoods,” said Ayodeji Balogun, chief executive officer, AFEX.

“With maize being a core food basket, the allocation of the commodity to smallholder farmers, prime anchors such as Poultry Association of Nigeria (PAN), flour mills, livestock and feeds processors, will create a sustainable availability and pricing structure in the market,” Balogun said.

He noted that it will help reduce maize prices and bridge the supply gap and eliminate scarcity of the grain crop in local markets.

Owing to the recent release of maize by the CBN and its partners, prices of the grain crop have begun to decline.

BusinessDay survey at major grain markets in Lagos shows that a metric ton which was sold N250,000 in January now sells for N203,430 per metric ton.

Opeyemi Agbato, executive director, Animal Care said the release of the maize to key feed millers under the CBN’s Strategic Maize Reserve programme is a much needed intervention in the industry.

“We sincerely applaud their initiative. They made true to their words and pronouncements of release,” Agbato who is also the public relations officer for PAN, Ogun state chapter said.

“We hope that the price of subsequent maize release, if at all, would be further reduced to as low as N135-145/ MT or about 30-35 percent lower than prevailing prices landed to the consumers to force the drop in prices of maize and cost of producing livestock feeds and food,” he said.

Data from the Food and Agricultural Organisation (FAO) shows that Nigeria records the least yield per hectare among its peers.

For maize – which is the most consumed grain on the continent, Nigeria’s yield per hectare is 1.6MT on average despite being the second largest grower of the crop while Kenya and Ghana have the same average yield of 2MT per hectare and South Africa’s average yield is 6MT per hectare.

Smallholder farmers in Africa’s most populous country limited access to improved maize seeds, lack of technology and poor farm practices have made yield per hectare for the crop remain perpetually low, thus, leading to high production costs and making the sector unattractive to the younger population.

Owing to the low crop yields, Nigeria now records huge demand-supply gaps in most of its staple foods, even as the population growth rate stands at 2.6 percent per annum and is projected to surpass the 300 million people mark by 2050, according to The World Population Prospects 2017.