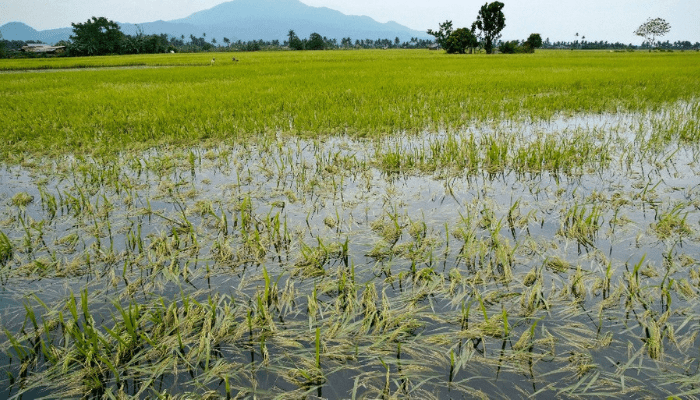 Veritas Kapital Assurance has assured farmers affected by the flood disaster in Sokoto State that their losses would be restored in good time.

Kenneth Egbaran, managing director of the company, gave the assurance while interacting with representatives of farmers’ groups in the state.

Egbaran said the affected farmers would be settled at the end of the rainy season.

“We take claim of settlement very seriously. That is why we are here despite the coronavirus challenges. We are committed to ensure your losses are restored in good time. We will take you back to your previous position,” he said.

Egbaran, however, could not give the exact number of the affected farmers, saying their consultants were going round to take their inventory and assess the level of damage done to each of the farmer by the flood.

Salihu Ibrahim, Sokoto State chairman of Rice Farmers Association of Nigeria (RIFAN), told journalists in an interview on the sidelines that 80 percent of his members were affected by the flood.

He thanked Egbaran for the visit which he described as the first of its kind ever paid to them by their insurance companies.

Abubakar Danfuloti Tambuwal, the state chairman of Maize Farmers Association, also said the association has about 3,000 members but those that were not affected by the flood would not be up to 350.

“All our farmers along the riverine areas were affected,” he said.

The team visited some of the flooded farmlands at Kwalkwalawa area in Wamakko Local Government Area of the state.