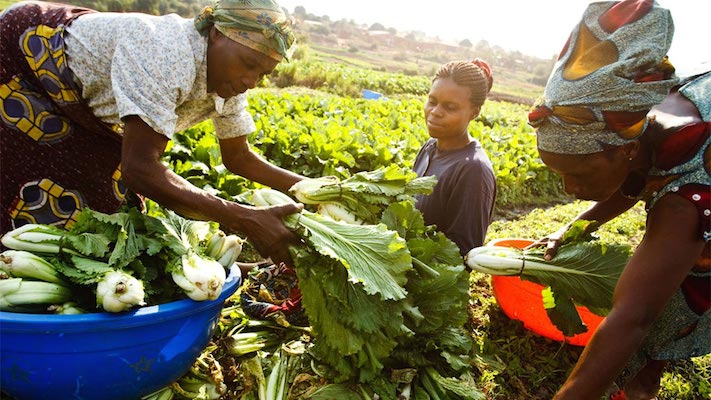 Women play a vital role in agriculture and rural development in Nigeria, accounting for over 70 percent of agricultural and domestic labour, yet much of this labour is undervalued and poorly remunerated.

Given the significance of rural women’s labour and its implications for food security and broader economic growth, a group of researchers are advocating for increased access to electricity and land reform to catalyse economic activity and productivity for this demographic.

This follows on the heels of the recognition that, relative to their male counterparts, women are severely disadvantaged in the allocation of inputs required for both agricultural and domestic productivity, chief among which are land and electricity.

The above conclusions were drawn from two research projects led by Dr Opeyemi Akinyemi-Babajide from Covenant University on rural electrification and Dr Emily Ikhide on agriculture. These projects were funded by the Partnership for Economic Policy (PEP), a Nairobi-based international non-profit organization that builds the capacity of researchers globally to engage with national-level policymakers on a broad range of economic development issues.

The results of the research projects were discussed with policy makers, academics and civil society representatives at a policy dialogue event held in Abuja on March 25, 2021. Participants in the dialogue came from the energy, agriculture, women’s empowerment and finance government agencies and sectors.

The event featured two keynote speeches which emphasized the importance of electrification and sound agricultural policy for women’s productivity and empowerment. The first keynote speech was delivered by the Executive Director of the Rural Electrification Fund (REF), Dr Sanusi Ohiare followed by a second keynote speech by Mrs Ifeoma Anyanwu, an Assistant Director and Head of the Gender Unit at the Federal Ministry of Agriculture and Rural Development.

Following the keynote speeches, two research presentations were made by Dr Emily Ikhide and Dr Temilade Sesan of the University of Ibadan respectively. Dr Ikhide’s presentation highlighted some of the major bottlenecks to productivity among women farmers in Nigeria. Key among these are extremely low levels of access to credit (less than 10 percent of the total) and women’s subsequent inability to purchase agricultural inputs such as high-yield seedlings and fertilizer; and restrictions placed on land ownership by customary laws, which make men in the country five times more likely than women to own land.

Dr Sesan’s presentation, meanwhile, focused on alternative electrification policy scenarios that reduce the time women spend on domestic tasks which subsequently increase the time available for income-generating activities. Of four policy scenarios presented, the most promising for rural women’s productivity was one where the current capital subsidies being provided to mini grid developers by the REF, is accompanied by complimentary policies that increase domestic and agricultural productivity.

Speaking in a media interview afterwards, Dr Opeyemi Akinyemi-Babajide, the scientific lead for the rural electrification project reiterated the implications of the project’s findings for policy and presented actionable steps for the government including: the deployment of small-scale, off-grid technologies such as standalone solar home system and solar lamps to complement the existing mini-grid policy; the REF collaborating with other relevant government actors such as the Federal Ministry of Women Affairs & Social Development and the Federal Ministry of Science & Technology to target rural women with appropriate energy technologies; and the provision of consumer financing options that can be accessed by poor women seeking to utilize those energy technologies in remote rural areas.

Ultimately, Dr Akinyemi-Babajide noted, the key to progress lies in adopting a hybrid approach to rural electrification in which both public and private stakeholders are aware of the limitations of the current subsidy-enabled regime and seek to bridge the gap with additional programmes that explicitly target improved domestic and agricultural productivity for women.

The policy dialogue and the research that informed it were funded by the Canadian International Development and Research Centre (IDRC), Global Affairs Canada and the William-Flora Hewlett Foundation.