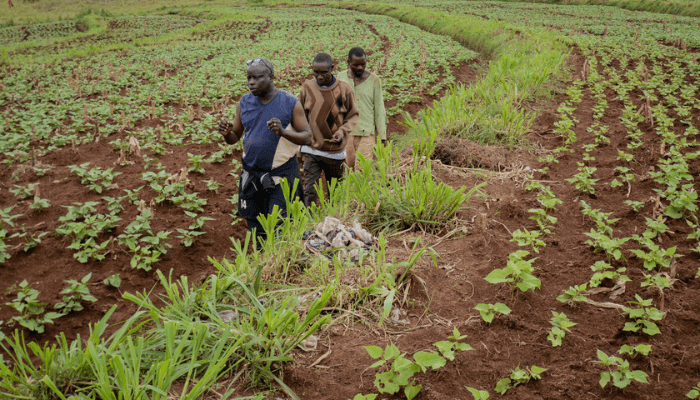 Nigeria can generate an additional supply of agric finance worth N30 trillion ($73 billion) by 2030, which could reduce the N76 trillion finance gap, a report analysed by BusinessDay has shown.

The interventions mentioned in a recent report titled ‘Addressing the $200 billion Demand for Finance for Agriculture and Agribusiness in Nigeria’, are informal community schemes, value chain finance, banks, fintech and agritech.

“These combined interventions can generate an additional supply of finance of N30 trillion ($73 billion) by 2030, improve livelihoods for 50 million people, enable production of an additional 125 million metric tonnes of food, and contribute N35 trillion to GDP,” the report stated.

It further stated that banks and fintechs have the potential to contribute the largest supply of financing to the sector, whereas informal schemes and value chain finance can have the largest impact on livelihoods and food security. “While these combined interventions can reduce the finance gap significantly, this is insufficient to close the gap fully.”

The report conducted by Agri-Logic, a diversified agricultural consulting firm and commissioned by the Embassy of the Netherlands to Nigeria, aims to understand the status of access to agricultural finance across sectors, the value chain, and states in Nigeria, with a focus on those most relevant to the objectives and most relevant to bilateral relations between the Netherlands and the country.

Informal community schemes are the most appropriate solution for a large segment of smallholder farmers, and can be scaled through public and private extension services, says authors of the report.

“This can also be a solution for MSME services such as aggregators or input dealers on community level,” it said. It was further said that value chain finance builds on existing commercial structures to reach commercially viable smallholder farmers, and needs alternative collateral solutions, de-risking, and data to become scalable could potentially be achieved in partnership with microfinance banks that leverage fintech.

“Fintech and agritech can reduce risks and reduce transaction cost through data and targeted solutions. By developing solutions that appeal to asset managers, pension funds, investment clubs and diaspora, fintech offers the opportunity to tap into sources of funding not currently accessible for agribusiness,” the report added.

Over the past few years, several interventions have been introduced by the federal government through the Central Bank of Nigeria (CBN) to boost loans to the sector. Most of them have been targeted on de-risking rural agricultural finance or opening up access to credit to small and medium-scale farmers.

But the interventions have not been enough as loans to the agric sector are still poor. Data from the NBS shows that the highest commercial bank loan the sector had gotten in five years was N1.04 trillion in 2020 which was only 5.2 percent of the total commercial bank loan (N20.4trillion).

“Nigerian banks generally have liquidity, but stakeholders have reported collateral requirements, lack of knowledge, currency and market risks, and lack of a rural branch network as challenges,” the report explained.

“The financing gap (N76 trillion) is largest for medium term and medium sized debt, revealing a missing middle. However, considering the very large finance gap for all financial instruments and transaction sizes, the missing middle should not be the only focus.

“While supply of agricultural finance grows with an average 29 percent annually, compared to a demand growth of 15 percent, this is insufficient to catch up with the finance gap, which could have doubled by 2027,” it stated.