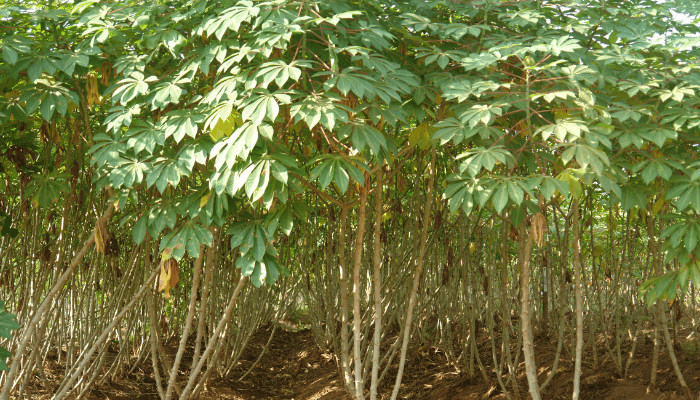 For the past decades, Africa, has been grappling with the sustainable diffusion of improved cassava varieties due to a weak and uncoordinated dissemination strategy. Consequently, improved varieties have often failed to reach the hands of farmers, forcing the yields of cassava in Africa to remain low.
However, the project— Building an Economically Sustainable, Integrated Cassava Seed System (BASICS) has demonstrated that the cassava seeds system can be profitable for the players involved across the value chain and can sustainably deploy improved varieties of cassava stems to farmers while creating jobs.

Researchers say in the last 5 years, BASICS has created a viable and sustainable cassava seed system in Nigeria, opening a vista of opportunities for seed entrepreneurs and cassava farmers looking for new and improved varieties for cultivation.
The Project Director, Dr. Hemant Nitturkar, explained that the project was able to link breeders and researchers who developed improved cassava varieties and technologies; with farmers and processors who benefitted from high quality planting materials.

According to him, the BASICS project has created over 150 community based seed entrepreneurs who are running viable cassava stem businesses in states like Benue, Cross River, Abia and Imo; and facilitated the establishment of two seed companies (namely IITA GoSeed located on the IITA campus in Ibadan, and Umudike Seed at National Root Crops Research Institute (NRCRI) in Umudike, Abia State) to ensure reliable supply of breeder and foundation seeds of varieties in demand.

Until the coming of BASICS, there was no formal seed sector for cassava stems. Farmers would usually share cassava stems with their fellow farmers. In some cases, government would buy improved stems and share them to farmers free of charge. However, most of the stems shared by the government are usually not certified and in small quantity due to the bulky nature of cassava. Such distributions happened only occasionally, either to address some exigencies or to introduce new varieties, and that too were targeted at certain segments/locations of farmers. This approach has proved unsustainable as the spread of improved varieties still hovers less than 40 percent.

Dr Nitturkar said, “In Nigeria, 46 varieties were released in the last 20 years, but we have seen that people do not know about or use more than about five of these varieties.”
“We encouraged development of village seed entrepreneurs because cassava stems can be costly to transport over long distances, so we aimed at locating seed production closer to the cassava growing communities. These village seed entrepreneurs multiplied improved stems, and they made certified seeds available to the farmers on a commercial basis,” he explained.

He stated that apart from ensuring that seeds of different varieties are always available to farmers, the seed entrepreneurs formed a vital link between researchers and farmers because “as they are selling these seeds, they also learn from the farmers what new features they require in the varieties. The seed entrepreneurs push up this information to the seed companies who take it back to the breeders.”
Dr Nitturkar stressed that the Nigerian seed market has come to stay with 50 per cent of the informed farmers doubling as seed entrepreneurs and root farmers who made additional profits of up to $1200 from selling stems for two seasons and harvesting the roots in the second season. He said interested seed entrepreneurs can talk with the village seed entrepreneurs or reach out to IITA GoSeed or Umudike Seed for training on how to produce quality stems, how to get certified and how to approach the market.
Dr Peter Kulakow, Cassava Breeder with the International Institute of Tropical Agriculture said one of the greatest achievements of BASICS was its ability to work with young people and women and to empower them in seed production.
For more information on how to get improved cassava varieties, please contact: Godwin Atser, g.atser@cgiar.org, Digital Extension & Advisory Services Specialist