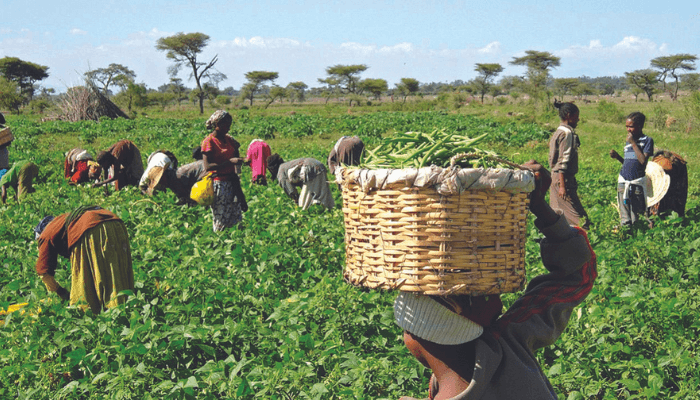 The Federal Government has inaugurated a committee to implement the ban on foreigners from purchasing agricultural products directly from farmers in Nigeria.

Adeniyi Adebayo, minister of industry trade and investment inaugurated the inter-ministerial standing committee on Tuesday, in Abuja to oversee the implementation of a memo of the Federal Executive Council (FEC), which approved a ban on foreigners or their agents from buying at farm gates across the country.

With the approval, only licensed local agents who must be registered by the relevant national commodity associations are the ones to buy goods directly from the farmers and sell to the foreigners.

The minister explained that the memo was aimed at addressing the challenges impeding the development of the agricultural commodity subsector of the economy, curtailing unfair trade malpractices and exploitation of Nigerian farmers by foreigners and promoting competitive premium pricing as impetus for increased productivity in the commodity subsector, among others.

He decried the exploitation of farmers by foreigners who buy agricultural commodities at the farm gates and offer farmers prices below market value.

“This situation has indeed led to the failure of many contractual agreements between farmers and indigenous off-takers. It has also affected the production capacity of our local factories due to the fact that foreigners buy off supplies and deprive the factories of required stocks,” he said.

“The current practice of direct purchases of agricultural commodities at unfair prices by foreigners at our farm-gates poses serious dangers which include: reduction in farmers’ income, declining productivity in the agricultural sector, unemployment and insecurity,” he added.

The minister said activities have been outlined for implementation, adding that the committee was expected to ensure that they are properly articulated and implemented for the growth and development of our economy.

He charged the committee to come up with an appropriate implementation mechanism and guidelines for implementing the approved FEC memo as well as liaise with states, local governments and other relevant stakeholders nationwide to enforce the ban and compliance.

Other terms of reference for the committee include facilitating the establishment of enforcement organs in the states and local governments, facilitating the signing of executive orders by the president, and specifying penalties and fines for violators.

The committee is also expected to liaise with the state governments for the establishment of commodity aggregation centres for export in some strategic locations nation-wide and carry out periodic assessment (quarterly) on the implementation.

Suleman Audu, chairman of the committee, expressed the readiness and willingness of the committee to provide the required leadership and coordination to ensure efficient implementation of its mandate.

Audu appreciated the government for the confidence reposed in them, and pledged on behalf of the committee members not to disappoint the government on the “important assignment.”

How food fortification is addressing malnutrition in Nigeria