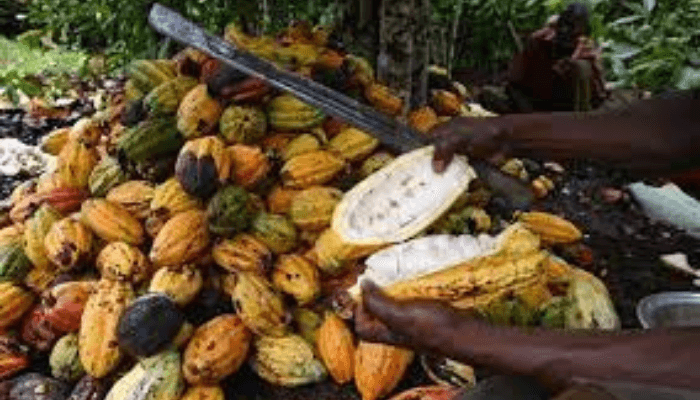 As part of measures to bring back Nigeria as one the leading cocoa producers in Africa and earn more foreign exchange for the country, the Cocoa and Plantain Farmers Association of Nigeria (CPFAN) has concluded plans to establish cocoa processing hubs across the six geo-political zones with a view to creating and adding more value to cocoa beans and powder.

According to the cocoa farmers, the move to add more value to cocoa beans through effective processing and storage of the produce becomes necessary in order to domesticate all the employment opportunities offered by cocoa processing and storage instead of exporting raw cocoa beans to foreign countries which creates jobs for foreigners at the detriment of jobless Nigerians.

Speaking on the strategic plan to bring back Nigeria as one of the leading cocoa producers in Africa on Thursday in Akure, Ondo state capital, Ayodele Ojo, president of Cocoa and Plantain Farmers Association of Nigeria, said that the effort had already started in Southwest, being the largest producer of cocoa beans in Nigeria, with the establishment of mega processing factories for cocoa and plantain in Ilara-Mokin, Ondo State; Ile-Ife, Osun State and Iperu-Remo, Ogun State.

Ojo, while speaking with Journalists in Akure, the Ondo state capital, said that the Association was making effort to bring together all the actors in the cocoa industry in order to ensure that “the broken chains are repaired and giant strides will be taken towards achieving self-sufficiency in cocoa and plantain production, processing and storage of the produce.

He said that each cocoa processing factory would cost N500 million, hence, government at levels and investors should come together and invest in that critical sector of the nation’s economy, adding that the challenges of Agriculture in Nigeria requires the coming together of all stakeholders to synergize efforts in achieving much desired self-sufficiency in Agricultural production, processing and value addition.

“We hope to establish these mega-processing factories in all 6 geo-political zones. In the North Central, North-East, North-West, South-West, South-East and South-South Regions of the Country. The reason for this is that there are Regions that are still lacking in the commodity. Hence the scope of this project also includes the extension of this commodity into the regions evenly.

“Overtime, we believe, the Regions will be able reap the benefits as well. The full details of the project is in the proposal which will be provided based on request.

“On this note, it is my delight to inform you that a mini-version of the project has already been cited and commissioned by members of our Association in Anambra State, South-Eastern part of the Country. The factory is already up and running. We hope to establish mini versions of this projects as complement to the mega-project in other states as well in the long run.

“Also plans are underway to establish one mega processing factory unit for plantain in Ondo State, South-Western Region and another state in the North-Central and we hope to launch them soon. We believe Once this factory is launched, it will be a stepping stone to success for all and sundry”, he said.

The CPFAN National President added that the Association is willing to be part of the solution to the many challenges being faced by Agriculture in Nigeria by creating an enabling environment for all the actors along the cocoa and plantain value chains to work together and to complement one another’s efforts, just as he asked all relevant stakeholders to incorporate plantain commodity into the anchor borrowers scheme.

He said, “We also solicit help from all relevant Government functionaries and well-meaning Nigerians to rally round and provide the needed financial and moral support so that the Association, the various actors along the value chain and the nation at large will be better off.”