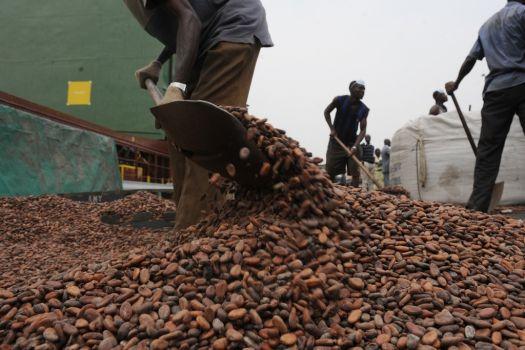 Akwa Ibom Government says it has so far distributed 500,000 cocoa seedlings and other agro-based farming inputs to farmers in the state.

The Commissioner for Agriculture and Women Affairs, Glory Edet, made this known as part of activities marking this year’s cocoa planting season at Odoro Ikpe, Ini council area.

Edet who said Governor Udom Emmanuel was poised to ensuring abundance in cocoa production in the state disclosed that Akwa Ibom has the best variety of cocoa in Nigeria coupled with arable land favorable for cocoa production which is a major cash crop in the country and indeed globally.

She said as a measure towards boosting cocoa production in the state, the Governor had flagged off the cocoa seedling distribution in this month of June, which is the best planting season for cocoa, adding that agro chemicals were also distributed to the farmers to ward off pests while fertilizers and sprayers have also been provided to the cocoa farmers to increase their yields.

At the event were sakeholders in the Agricultural sector of the state and Cocoa farming in particular including: the Permanent Secretary, Ministry of Agriculture, John Markson, the Director of Agriculture, Emmanuel Akpan the Supervisor for Agriculture in the area, Mike Ekanem and the State Chairman of the All Farmers Association of Nigeria, ALFAN, Bassey Inyang.

In a related development, the President of Ekemini Co-operative Cassava farm in Odoro Ikpe, Idara Ekpe, has expressed gratitude to Governor Udom Emmanuel on behalf of the women of the Ekemini Cooperative Society for the provision of improved cassava cuttings and other farming inputs for the women to boost their cassava cultivation.

Idara Ekpe who led the State Government Information Team Tuesday morning round the 18 hectares of Cassava plantation cultivated by the Ekemini Cooperative Cassava farmers, said the State Governor, Emmanuel had proved himself as a promise- keeping Governor by providing all the inputs he promised farmers in the state towards giving them a means of livelihood through farming and also ensuring availability of food for the teeming people of the area.