A ‘former giant’ at the mercy of smugglers, weak policy, finance framework 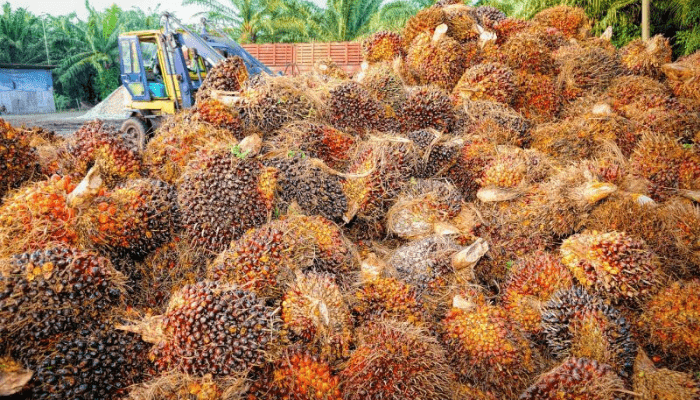 The legend – real or fictional – that Malaysia took palm seedlings from Nigeria before it became a force to reckon with in palm oil production, is often recited when the golden era of palm in Nigeria is recalled. Hardly are such discussions followed by questions probing where things went wrong, and more importantly, what can be done to fix the situation.

In the early 1960s, Nigeria was the world’s largest palm oil producer with a global market share between 43 to 45 percent. Today, it is the 5th largest producer and a PwC report titled ‘X-raying the Nigerian palm oil sector’ even put current production at less than 2 percent of total global market output. In 1966, Malaysia and Indonesia surpassed Nigeria as the world’s largest palm oil producers. Since then, both countries combined produce approximately 80 percent of total global output, with Indonesia alone responsible for over half (53.3 percent) of global output. According to the Central Bank of Nigeria (CBN), if Nigeria had maintained its market dominance in the palm oil industry, the country would have been earning approximately $20 billion annually from cultivation and processing of palm oil as at today, noted the PwC report.

Oil palm is a very versatile crop, which industry players say can produce more oil than any other oilseed crop. About 90 percent of palm oil is used in the production of foods, while the remaining 10 percent is used by the non-foods industry.

Despite its many individual uses, huge industrial requirement and potential for revenue, Nigeria’s palm oil production has failed to meet the country’s needs, with importation (mostly through smuggling) filling the gap for several decades until 2015 when a restriction of foreign exchange was announced.

A 2019 joint memo of the Federal Ministry of Industry, Trade & Investment and the Federal Ministry of Agriculture & Rural Development on development of an oil palm policy, put Nigeria’s FFB production at 7.8 million MT. It also put annual CPO demand at 2.1 million MT; Local CPO production at 970,000 MT, leaving a deficit of 1.13 million MT. All of these, referenced to data from the Food and Agriculture Organisation.

As it is, there appears to be a disconnect between the data sets available even from the government, making it hard to determine, just how much palm oil Nigeria produces and what is left to be met. If the production of FFB cannot be determined, it will be nearly impossible to extrapolate values for other products.

“If Nigeria has two million wild grooves how come local supply cannot be met?” asked Henry Olatujoye, president, National Palm Produce Association of Nigeria (NPPAN) in an interview, while referring to claims of the country’s palm tree population. According to him, one million new palm trees need to be planted for Nigeria’s demand to be met, and either half of the two million trees said to currently exist are replaced, or new ones planted. All the same, additional cultivation is required, of high maturing, high yielding varieties.

Without accurate, locally generated data (that does not rely on foreign sources), it will be difficult for investors to make strategic investment decisions.

While funding is generally a challenge in Agriculture, tree crops like palm have an even more peculiar case. They take years to maturity, fruiting, and before owners can even recoup their investments.

“No financial institution can on its own finance oil palm development or that of any other tree crop,” said Olatujoye. “These are not only capital intensive but also have a long gestation period, unlike rice, tomato etc that can go from farm to market in a matter of a few months.”

Brian Hammond, managing director, IMC Plantations had to sell some shares recently to raise additional capital to keep his plantation running optimally, as well as drive some of his expansion plans. This year, he expects to get more investments through a private equity firm, saying in an interview that he has to go through all these because “getting loans through the CBN’s 9 percent intervention fund has not been possible”, a situation he says many small players experience.

Sadiq Usman, deputy COO, Agro-Allied at Flour Mills of Nigeria Plc, which is now emerging as a leading player in the palm oil space, also explained, “like most investments in the agricultural space, it is more suited to low-cost long tenor financing.

These views were also reinforced by Emmanuel Ibru, chairman, Plantation Owners Forum of Nigeria (POFON), who said even though “the intervention by the CBN is still ongoing, there are still a lot of things to be done, particularly in terms of funding for smallholder farmers.”

In Nigeria, smallholders account for 80 percent of palm oil production, and without proper integration into any policy framework to support local production, desired results may not be met.

Regaining Nigeria’s lost position as a leading palm oil producer can only be achieved through policy making that meets the expectations of industry players.

As Usman  explained, there is a need for a “favourable policy framework to support existing supply and demand gap with incentives skewed to those making demonstrable Backward Integration Investments.” In a written response to some questions, he noted FMN currently produces “something in the region of 20,000mt of crude palm oil annual. We expect to double this in the next 5years. Also, the refining capacity for CSO-CPO-RPKO is 10,000 tonnes per month.”

The company has ramped up investments in recent years, expressing willingness to do more in meeting local demand but perhaps limited by issues such as cost funding for backward integration (commercial and outgrowers) and the need for a smallholder development policy that will see to the provision of high yielding seed varieties, ease of land acquisition, bulk buying/aggregation schemes.

The development and provision of high yielding seed varieties will not only be useful for smallholders but even big players in the industry as a whole. With proper planting and farm management, yields of up to 40 tons per hectare can be achieved, but the average yield for smallholders in Nigeria is put at about 2 metric tonnes per hectare.

Hammond’s challenges (at IMC Plantations) did not end at access to finance, as getting the right seedlings was also a problem until he had to look outside Nigeria. After investing hundreds of millions of naira for almost 10 years, “there was little to show for the investments from NIFOR”, he said, prompting his company to look to Ghana.

While Olatujoye says, “NIFOR is second to none in the world in terms of knowledge about the palm crop”, support for the institution has been limited, rendering it less effective than it should be. “Nigerians attend several (palm oil) conferences abroad every year, but, why aren’t the same things hosted in Nigeria?

“It is because we have nothing to show the world,” he said.

Furthermore, abuse of Free Trade Zones needs to be checked, as industry players say failure to do this will not only dissuade new investors but also put current investments at risk.

“Even with the border closure, we have not seen a significant reduction in what is coming in,” Ibru said. “What we want is complete enforcement on the inflow of palm oil to Nigeria. Everything should come in through the ports with all necessary duties and levies paid. This protects our local industry, provides the government with much-needed revenue as what is currently smuggled in denies government of revenue.”

In 2017, Republic of Benin’s population of 11.2 million people imported 42 percent more CPO than Nigeria with 190 million people, according to the draft policy document by FMTITI and FMARD.

However, as Olatujoye said, sharp practices such as smuggling are “best fought with policies, not guns”. Nigeria he says should focus more on deterring these illegal activities than aiming to prosecute culprits.

“There is a need to fast track the implementation of a Backward Integration Plan for CPO as the current projected investments only account for 22.3 percent of the estimated supply gap,” stated the draft policy. “There is also a need to accelerate anti-smuggling measures as smuggling fills the largest portion of the supply gap of CPO.”

However, beyond being inked on policy documents, which may or may never see the light of day, unless Nigeria puts the right policy support in place, backed by ‘patient capital’, the country’s lost golden days of palm oil could remain permanent history.

How to invest in moringa tea bag processing factory