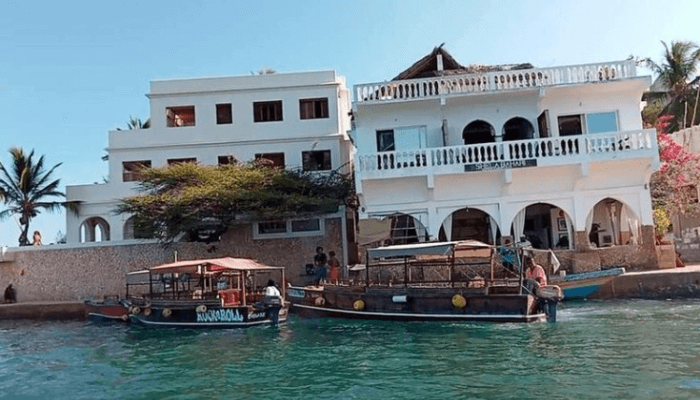 For reasons ranging from recoveries to increased domestic tourism, and friendly environment for foreign investors, the hospitality sector in Kenya has become the destination for global capital with Actis leading other private equity investors taking position in the sector.

The East African country’s hospitality sector was among the worst hit by the Covid-19 pandemic, resulting in a large tranche of distressed assets. But, rather than becoming liabilities, these assets have resulted in a renewed focus on the sector from global capital.

Generally speaking, Kenya’s construction and real estate sector is one of the fastest growing, with a projected growth rate of more than 20 percent, according to a report on the country’s real estate market published by the first quarter of 2022.

The market, the report says, has the potential for higher rates of return, adding that foreign investors can also enter Kenya’s real estate market relatively quickly just as they are welcome to purchase ‘commercial class’ land and property in the country.

Jones Long LaSale (JLL) says the country has shown impressive improvements in transparency, owing primarily to increased regulation of the real estate market as it strives to become an economic hub for East Africa.

“Private firms and other international advisors are increasingly providing consistent data for Kenya’s real estate market,” the company said. This, too, has contributed to the new market realities.

Besides Actis which has acquired City Lodge Hotel and concluded payment for same with an undisclosed sum in July 2022, Kasada Hospitality and the Chargoury Group have also committed cash to the country’s hospitality sector.

Dolapo Omidire, Founder/CEO, Estate Intel, an online property research platform, explained to BusinessDay that the owners of these assets had to sell them to reduce debt levels and eliminate operating losses.

He quoted Actis as saying that occupancy levels have been below expectations at Two Rivers while bookings in the Tanzanian unit have been sluggish, leaving only Fairview with a robust performance.

Similarly, Kasada Hospitality Fund has acquired the Crowne Plaza Hotel in Nairobi for an estimated price of US$ 39 million in July 2022. Omidire said that the hotel which had been in the market since 2020, was opened in Nairobi’s Upper Hill area in 2010.

“The hotel tapped the Crowne Plaza brands under the InterContinental Hotels Group. This deal signifies Kasada’s debut into the Kenyan hospitality market and adds on to its growing portfolio across Africa in countries such as Rwanda, South Africa, Senegal, Cameroon and Namibia,” he said.

Continuing, he said, “hailed as one of the largest East African deals at the time, the acquisition done at the onset of the pandemic saw Chargoury Group acquire the major stake in the two five-star hotels in Nairobi estimated at US$25.6 million. The deal included a portfolio of 170 guest rooms and suites, 51 luxury tents and approximately 10 food and beverage outlets.”

Omidire noted that while the hospitality sector is yet to bounce back to pre-pandemic levels, it continues to recover buoyed by an increase in international arrivals which saw Kenya tourism arrivals increase by 85 percent in Q1:2022 as well as domestic tourism which has caused domestic bed nights to grow by 101.3 percent between 2020 and 2021.

“This was evidenced by the increase in occupancy rates recorded at 57 percent at the end of Q1 2022, a tremendous growth if compared to the 18 percent recorded a year earlier but still below pre-pandemic levels recorded at 66 percent,” he noted.

“Kenya’s market-based economy is widely regarded as East Africa’s economic, commercial, financial, and logistics hub. Kenya has successfully attracted US and European exporters and investors because it has the most substantial industrial base in East Africa,” the analysts explained further.

According to them, more international companies are investing in Kenya and establishing local and regional operations to capitalize on the country’s strategic location, diverse economy, entrepreneurial workforce, extensive air routes, and status as a regional financial centre.