The South African government has decided to establish a sovereign wealth fund as a means to preserve and grow the country, President Cyril Ramaphosa announced during his state of the nation address on Thursday night. 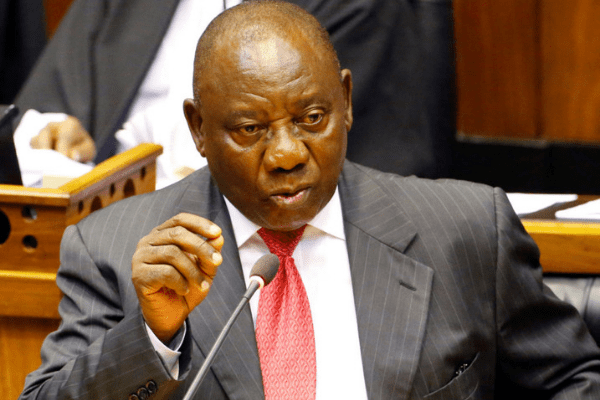 The South African government has decided to establish a sovereign wealth fund as a means to preserve and grow the country, President Cyril Ramaphosa announced during his state of the nation address on Thursday night.

He did not provide details on where the money for such a fund would come from in the current financially constrained times. The plan is likely to cause controversy over this issue.

Ramaphosa also confirmed that the government is proceeding with the establishment of a state bank to extend access to financial services to everyone. He said finance minister Tito Mboweni will provide details on these two initiatives in his budget speech in two weeks time. He will also announce a series of measures to reduce government spending and improve its composition.

The president recognised that the government needs to fix its public finances and that it is not possible for it to continue along the same path or to remain standing still.

“Low levels of growth mean that we are not generating enough revenue to meet our expenses, our debt is heading towards unsustainable levels and spending is misdirected towards consumption and debt-servicing rather than infrastructure and productive activity,” Ramaphosa said.

The government is engaged with labour and other stakeholders on measures to contain the public wage bill and reduce wastage, he said.

“Efforts to reduce government spending, prioritise resources more effectively and improve the efficiency of our tax system are important but insufficient contributions towards stabilising our public finances.

“Achieving sustainability will ultimately require us to address structural challenges in the economy that raise the cost of living and doing business.”

The government will work with the auditor-general to reduce irregular expenditure while the Treasury and the Reserve Bank are working together to reduce pressure on business and consumers.

Ramaphosa said the government will be undertaking far-reaching economic reforms, including those contained in the paper produced by the Treasury.

A fundamental overhaul of Durban port — the third-largest in the southern hemisphere — will be undertaken to reduce delays and costs.

Ramaphosa said SA was facing a stark reality as its economy has not grown at any meaningful rate for more than a decade and the rate of unemployment is deepening.

First death from Coronavirus outside China announced in Paris

LEFT TO SUFFER (II): From Boko Haram’s Bedroom Plaything To…