Coup d’état in Burkina Faso as army officers take over 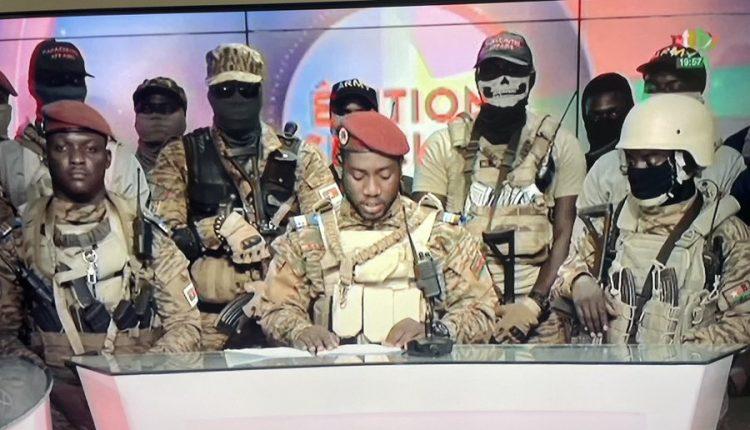 The new military leaders said the country’s borders had been closed and a curfew would be in effect from 9 p.m. to 5 a.m while the transitional government and national assembly were ordered dissolved, a statement by Capt. Kiswendsida Farouk Azaria Sorgho, the junta spokesman read while announcing the change of government.

Damiba the erstwhile leader who spent only nine months in office had previously overthrown the democratically elected president, promising in the early days of his government to make the country more secure. Unfortunately, nothing seem to have gotten better with violence taking another dimension. Added to the mounting public debt, unabated levels of poverty and further threats by rampaging Islamists.

“Faced by the continually worsening security situation, we the officers and junior officers of the national armed forces were motivated to take action with the desire to protect the security and integrity of our country,” said the statement by Capt. Sorgho read.

The soldiers promised the Economic Community of West Africa (ECOWAS) and other international communities that they would respect their commitments and urged Burkinabes “to go about their business in peace.”

“A meeting will be convened to adopt a new transitional constitution charter and to select a new Burkina Faso president be it civilian or military,” Sorgho added.

CBS reported that Damiba had just returned from addressing the U.N. General Assembly in New York as Burkina Faso’s head of state. Tensions, though, had been mounting for months. In his speech, Damiba defended his January coup as “an issue of survival for our nation,” even if it was “perhaps reprehensible” to the international community.

“Members of the MPSR increasingly felt Damiba was isolating himself and casting aside those who helped him seize power,” Gouvy told The Associated Press.

Gunfire had erupted in the capital, Ouagadougou, early Friday and hours passed without any public appearance by Damiba. Late in the afternoon, his spokesman posted a statement on the presidency’s Facebook page saying that “negotiations are underway to bring back calm and serenity.”

On the streets of Ouagadougou, some people already were showing support Friday for the change in leadership even before the putschists took to the state airwaves.