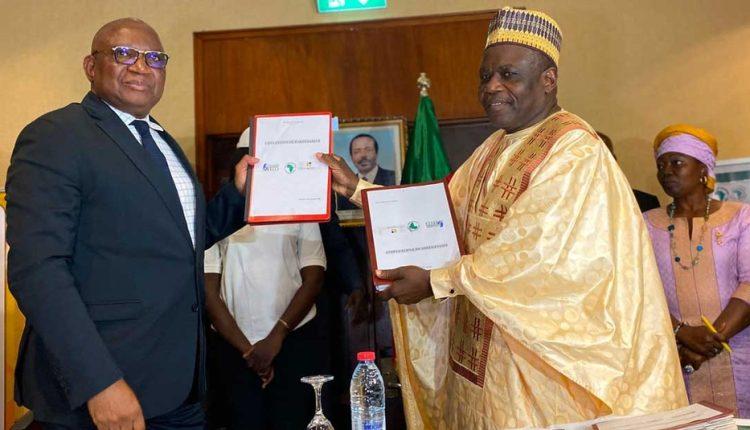 The African Development Bank (AfDB) on Thursday entered into a strategically viable partnership with Cameroon that involves providing €115.05 million for an Agricultural Value Chain Development Project.

The Bank Group will fund 77.6 percent of the project, the State of Cameroon will fund 21.5 percent, while beneficiaries will fund 0.9 percent. This is according to AfDB.

AfDB’s objective is to help create shared wealth and jobs for young people and strengthen food and nutritional security by bolstering the competitiveness of the oil palm, plantain, banana, and pineapple sectors, of which Cameroon is one of the main exporters in Central Africa.

The agreement was signed in Yaounde, Cameroon, with Gabriel Mbairobe, Cameroon’s Minister of Agriculture and Rural Development, and Léandre Djummo, the General Manager of the Commercial Bank of Cameroon, signing for the government, while Serge N’Guessan, the Director General of the African Development Bank for Central Africa, also attended the signing.

The fund will also assist in providing medium-term financing to microfinance institutions in Cameroon so that they can extend flexible medium-term loans (2 to 4 years) to enterprises in the agricultural value chain.

The Agricultural Value Chain Development Project is expected to endow the Fund with €13.12 million and a partial credit guarantee of €4.58 million euros for risk sharing with commercial banks.

Details in the signed agreement reveal that the Commercial Bank of Cameroon will make the resources available to microfinance institutions closer to the field. The funds will also be available to producer organizations, including small and medium-sized enterprises and also youth engaged in commercial agriculture.

“I express my gratitude to the African Development Bank Group, which, like the Cameroonian government, is convinced that agriculture is an important pillar of the structural transformation of our economy,” said Minister Mbairobe. “We are very sensitive to this multifaceted support.”

Djummo, the General Manager of the Commercial Bank of Cameroon, thanked the Minister of Agriculture for the rigorous monitoring of the project and its outcome, all the public authorities involved, and the African Development Bank for placing confidence in the institution.

The AfDB said that the scheme would enable microfinance institutions to approach the Commercial Bank of Cameroon with a request for refinancing, which would be granted at a highly concessional 3 percent interest rate. In turn, the microfinance institution makes loans to its clients, who are typically cooperatives and small agricultural enterprises, as well as others, using 30 percent of its funds. The Agricultural Sector Development Fund will contribute a further 60 percent of the loan, which assumes a financial counterpart of 10 percent.

Why there will be no violence after Kenya’s election