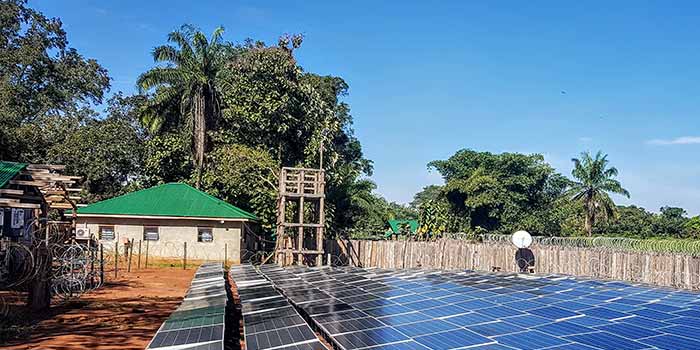 According to the Food and Agriculture Organization, the introduction of solar energy technology, a major component of the new energy system, has in recent times been responsible for the growth in food production.

The improvement in technological innovation has seen 30 percent of world energy consumed by agri-food systems, which has driven the growing demand for food and energy.

“Energy and food systems are deeply connected. About 30% of the world’s energy is consumed in agri-food systems. Both systems need to be transformed through technological innovations to meet the current and future growing demand for food and energy in an equitable, inclusive, and environmentally sustainable manner,” Dr. Robert Guéi, FAO Subregional Coordinator for West Africa and FAO Representative in Senegal said, explaining FAO’s interest in disseminating solar energy infrastructure in rural West Africa.

Dr. Guéi made this revelation during a session organised in partnership with the ECOWAS Center for Renewable Energy and Energy Efficiency (ECREEE). The session provided an opportunity for the organisation to review the opportunities and benefits of integrating renewable energy into agro-sylvo-pastoral and fisheries activities.

“Agriculture is the main economic activity in the ECOWAS region, contributing to about 35% of regional GDP and employing 65% of the population. It requires both water and energy,” said Francis Semporé, Executive Director of CEREEC, when presenting the state of renewable energy in West Africa. He confirmed the willingness of his institution to collaborate further with FAO to popularise the use of renewable energy in the sub-regional agricultural sector.

FAO admitted that it has distributed solar panels to some countries in West Africa. Mali, Gambia, Burkina Faso, and Senegal have been beneficiaries of the distribution of solar panels, which has helped increase the efficiency of water.

In Niger, 14326 households (including 1719 women-led households) have benefited from solar energy infrastructure for domestic water supply, irrigation, and livestock watering.

In The Gambia, the solar irrigation system combining 20, 000-litre overhead tanks and a water distribution system with 20 to 24 tanks of 4,000 litres in each garden facilitates easy access to water and reduces the burden of women’s work.

Solar energy has been essential in all the stages of the agri-food value chain, from production and processing to storage, to increase productivity and income, reduce post-harvest losses, and strengthen the climatic resilience of farmers and agricultural enterprises.