Russia, US and UN to hold talks on Syria on Monday 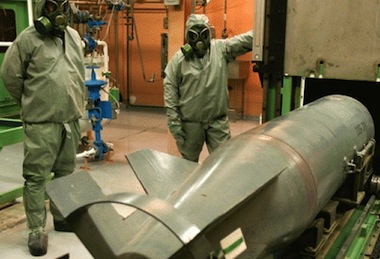 The Russia’s Interfax news agency reported on Friday that the peace talks on Syria are scheduled to start on Jan. 22 in Switzerland but questions linger over the Syrian opposition representation make-up and if any role Iran.

“On Jan. 13 there will be a meeting with Kerry and a three-party one with Kerry and Brahimi,” Interfax quoted an unnamed source at the Russian Foreign Ministry as saying of Lavrov’s discussions in Paris to prepare for Geneva 2.

Russia has long criticised the National Coalition, Syria’s Western-backed opposition in exile, for what Moscow says is failure to express willingness to attend Geneva 2 without preconditions.

It has repeatedly demanded that Syrian President Bashar al-Assad step down.

More than 100,000 people have been killed and millions forced to flee by Syria’s civil war, which began as an uprising against Assad’s government in March 2011.

Speaking in Russian, Jamous told Reuters on Friday that the National Coalition would seek to learn from the Lavrov meeting whether it can get any sort of guarantees from the peace conference.

“We don’t need Geneva 2 if Russia thinks Assad is going to remain in power,” he added.

Russia is a long-standing arms supplier to Damascus and had been at odds with the West over the conflict in Syria.

But Lavrov and Kerry forged an agreement in September over the destruction of Syrian chemical weapons stockpiles, helping to avert threatened U.S. strikes on Syria.

Moscow and Washington are still at odds, however, on Iran’s role, with Russia insisting Tehran should be a formal participant in Geneva 2, an idea Washington opposes.

That issue will only be discussed when Lavrov and Kerry meet face to face in Paris, Interfax quoted Russian Deputy Foreign Minister, Gennady Gatilov, as saying on Friday.