Biden and Xi meet in Bali amidst growing tension 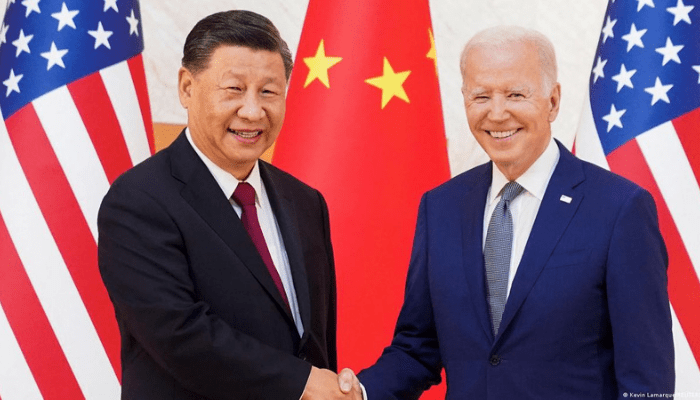 Members of the Group of 20 (G20) are convening in Bali, an island in Indonesia for the G20 summit, the world’s largest economic summit to hash out solutions to some of the problems facing the global economy.

Among the earliest to arrive were Joe Biden, president of the US and Xi Jinping, president of China who met at the luxury hotel Mulia in Nusa Dua bay in Bali. Both leaders shook hands in front of a row of the Chinese and US flags then proceeded for a face to face table discussion and they discussed the tension that has occurred between the two governments for some time ranging from Taiwan to trade, Al Jazeera reported.

“The world has come to a crossroads,” Xi said, vowing a “candid” discussion of issues that have riven relations between the world’s two leading powers.

“The world expects that China and the United States will properly handle the relationship,” he said.

Biden said he wanted the US and China to “manage our differences, prevent competition from becoming conflict.”

The US president told reporters that he had “always had straightforward discussions” with Xi, and that has prevented either of them from “miscalculations” of their intentions.

“I know him well, he knows me,” Biden said. “We’ve just got to figure out where the red lines are and what are the most important things to each of us, going into the next two years.”