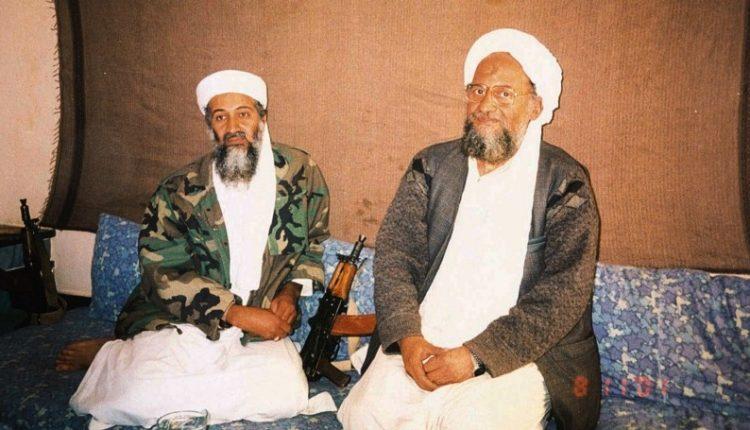 The United States has killed one of the most wanted leaders of al Qaeda, Ayman al-Zawahiri, in a drone strike, President Joe Biden said on Monday in a speech from the White House.

His death serves as one of the biggest blows after the death of Osama Bin Laden in 2011.

“I authorized a precision strike that would remove him from the battlefield, once and for all,” Biden said.

US presidents after George Bush had promised to take out the leadership of the terrorist group which orchestrated the killing of more than 2,900 people in America on September 11, 2001.

According to CNN, Zawahiri, who just turned 71 years old, had remained a visible international symbol of the group, 11 years after the US killed Osama bin Laden. At one point, the organization’s leader acted as Bin Laden’s personal physician.

Biden said that Zawahiri, who was spending some time with his family in Kabul, was killed in what a senior administration official described as “a precise, tailored airstrike” using two Hellfire missiles.

The president said that the drone attack was carried out at 9.48 p.m. ET on Saturday following weeks of meetings with his cabinet and key advisers, adding that no American personnel was on the ground in Kabul at the time of the strike.

An official who spoke about the attack said that senior Haqqani Taliban figures, who had before now promised the US and West to disassociate themselves from the terrorist group, were aware of Zawahiri’s presence in the area.

The US official also said that the Taliban took deliberate steps to conceal his presence after Saturday’s successful strike, restricting access to the safe house and rapidly relocating members of his family, including his daughter and her children, who were intentionally not targeted during the strike and remained unharmed. A claim that the US considers being a clear violation of the Doha agreement.

Responding to the news of the attack, Zabiullah Mujahid, Taliban spokesman, in a series of tweets, said, “An air strike was carried out on a residential house in Sherpur area of Kabul city on July 31.”

He said, “The nature of the incident was not apparent at first,” but the security and intelligence services of the Islamic Emirate investigated the incident and “initial findings determined that the strike was carried out by an American drone.”

The tweets by Mujahid came out prior to CNN reporting Zawahiri’s death. Mujahid said the Islamic Emirate of Afghanistan “strongly condemns this attack on any pretext and calls it a clear violation of international principles and the Doha Agreement.”

Who is Ayman al-Zawahiri

According to the Washington Post, Ayman al-Zawahiri, is an Egyptian-born terrorist leader who took over as head of al-Qaeda after the death of Osama bin Laden.

Zawahiri was born on June 19, 1951, to an upper-middle-class family in Maadi, Cairo, Egypt. His father, Mohammed Rabie al-Zawahiri, was a professor of pharmacology, and his maternal grandfather was a president of Cairo University. At the time of his birth, his hometown of Maadi had a large Jewish population and boasted more churches than mosques. This is according to the Washington Post.

Zawahiri, as he was known, used to be fascinated by literature, philosophical thoughts, and often radical ideas about life, religion, politics, and economics and had his ideas shaped by one of his uncles, Mahfouz Azzam, an impassioned critic of Egypt’s secularist government.

Added to the ideas construct created by his uncle, the writings of Sayyid Qutb, an Egyptian author and intellectual who became one of the founders of 20th-century Islamist extremism, also played an important role in the intellectual construct of the young man.

The Washington Post reported that an account by Lawrence Wright in his Pulitzer Prize-winning book “The Looming Tower,” inspired Zawahiri, who was just 15 at that time, to organise a group of young friends into an underground cell devoted to the overthrow of Egypt’s government and the establishment of an Islamic theocracy.

The event was about the execution of Qutb by Egypt’s government in 1966.

Even as his political views hardened, Zawahiri was pursuing a career in the healing arts, earning a degree in medicine from Cairo University and serving briefly as an army surgeon. He eventually opened a practice in a duplex owned by his parents, and he occasionally tended patients at a Cairo clinic sponsored by the Muslim Brotherhood, a Sunni Islamist political opposition group.

He married Azza Nowair, the daughter of a wealthy, politically connected Egyptian family, and the couple eventually had a son and five daughters.

While working at the Muslim Brotherhood clinic, Zawahiri was invited to make the first of numerous visits to refugee camps along the Afghanistan-Pakistan border. There, he patched up the wounds of mujahideen who were fighting the Soviets in Afghanistan and crossed paths with a charismatic young Saudi, bin Laden.

According to Joe Biden, Zawahiri “was deeply involved in the planning of 9/11, one of the most responsible for the attacks that murdered 2,977 people on American soil. For decades, he was the mastermind of attacks against Americans. “

Zawahiri was involved in the attacks on the US embassies in Tanzania and Kenya that claimed the lives of hundreds of innocent civilians.

He had a $25 million bounty on his head following his declaration as the Federal Bureau of Investigation (FBI) most wanted terrorist. He had until his death escaped several attempts on his life which made many referred him to as the “elusive one”.

His first wife, Azza, and two of his children died in a US drone air strike in Afghanistan in 2001.