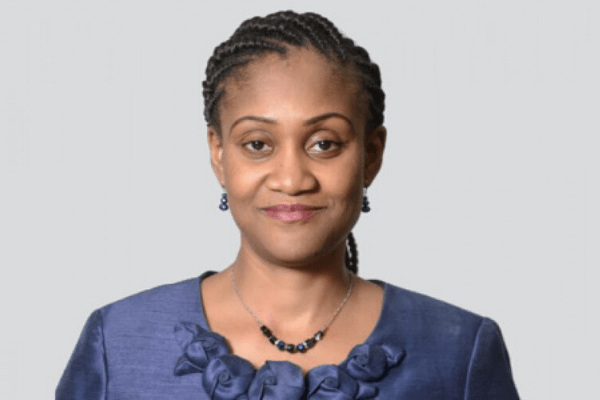 Onyeche Tifase is the Managing Director and Chief Executive Officer of Siemens Nigeria, a position she assumed in 2014. She is the first Nigerian to hold that position. She is also a Vice-Chairman of the Nigerian Economic Summit Group and the President of the Nigerian-German Chamber of Commerce.

Siemens is a global powerhouse focusing on the areas of electrification, automation and digitalization. One of the world’s largest producers of energy-efficient, resource-saving technologies, Siemens is a leading supplier of systems for power generation and transmission as well as medical diagnosis. In infrastructure and industry solutions, the company plays a pioneering role.

Siemens has been active in Nigeria since the 1950s and established its first Representative Office in the country in 1970. Today, more than 140 employees operate from Lagos, Port Harcourt, Abuja as well as project sites around the country.

Tifase started her career with Siemens in 2001 as an Electrical engineer in the Power Distribution Division of Siemens UK and thereafter moved to other roles in power transmission & distribution, sales and marketing divisions in Siemens Germany and Siemens USA. She came back to Nigeria in 2006 and worked with Accenture Nigeria in the area of management consulting up till 2009 before returning to Siemens as Deputy General Manager, Medium Voltage and Transformers for Siemens Ltd Nigeria.

She became the first Nigerian Managing Director & Chief Executive Officer of Siemens Nigeria effective November 1, 2014. In July 2018, she was appointed Vice-chairman alongside Niyi Yusuf at Nigerian Economic Summit Group. She was previously a Non-Executive Director of the company.

Sharing on Siemens, she says “Siemens has a vast portfolio of products, systems, and services providing solutions all the way from gas to generation, transmission, distribution, smart grids, metering, and revenue collection, and we seek to use our best practices from around the world to resolve the challenges that investors face along the entire power sector value chain.”

She further adds saying “we have focused on turning our strategy into one where we are not just seen as an equipment provider but as a solution provider, partner, and advisor for investors in the power sector.”

On the role digitalisation plays in Nigeria, Onyeche says it plays a significant role and as such cannot be ignored. According to her, “Firstly, companies can leverage the internet of things to manage, operate and maintain their assets more efficiently. Secondly, entrepreneurs can increase their revenue and reduce cost with digital solutions and, in that way, expand and create jobs. Plus, Africans have the right mind-set for it. They are passionate about the latest technical innovations and embrace them as fast as possible, from mobile phones and all kinds of apps to digital solutions in manufacturing.”

While speaking at the recently concluded WIMBIZ annual conference themed Shaping The Future, Strategizing To Win, she was on the panel that discussed the topic: The Imposter Syndrome-Myth or Truth? And her story was truly inspiring. She shared on being in a field not common to women and even at work; she was often the only woman in the room in executive meetings dominated by men.

What inspired me in her narrative was that she never allowed being the only female deter her from achieving her goals and making a positive impact when the need arose.  Being efficient on duty earned her the topmost position in the organisation. Work has to be done, she is capable and therefore the work gets done. It isn’t about gender but how efficient you are. What was truly riveting in all she said was that she never allowed herself to be silenced.

Owen Omogiafo, proof that if you dare, you can rise

Only 13% of women in Nigeria are using contraceptives

Owen Omogiafo, proof that if you dare, you can rise