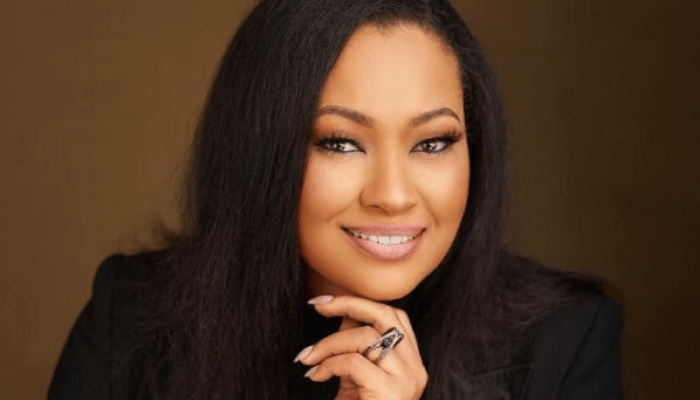 Natasha Hadiza Akpoti (born in 1979) is a Nigerian barrister, social entrepreneur and politician. She ran for the post of Kogi Central Senatorial District (SDP) seat under Social Democratic Party in the year 2019. She contested in the Kogi State Governorship election which held on the 16th of November 2019. She is the founder of Builders Hub Impact Investment Program (BHIIP).

Natasha is the second of four children, and the only daughter of a Nigerian father and a Ukrainian mother. Her mother, Ludmila Kravchenk, is a Ukrainian from Rakitna in the region of Chernivtsi. Her father, Dr Jimoh Abdul Akpoti, is from Obeiba-Ihima, Kogi State. She spent her early years in Iyima, Okene Local Government. She lost her father in 1998 and the family had to relocate. She studied at the University of Abuja from 2000 to 2004 and graduated with a Bachelor of Laws degree. She was called to the Nigerian bar in 2005 upon graduation from the Nigerian Law School in Abuja. In 2011, she proceeded to the University of Dundee and graduated with a Master of Laws degree in 2012. She holds a Master of Business Administration in Oil & Gas Management from the University of Dundee.

After graduation from the Nigerian Law School, she worked with Brass NLG as a legal counsel from 2007 to 2010. In 2015, she established Builders Hub Impact Investment Program (BHIIP).

In 2018, she declared her intentions to run for the office of Senator representing Kogi Central in the Nigerian Senate under the umbrella of the Social Democratic Party (SDP).

Natasha spent her formative years as a child growing up and being educated in her native communities- Okehi and neighbouring Okene, Adavi and Ajaokuta towns. Her most fascinating moments were lessons of philanthropy and empathy for humanity that her father taught by practically treating the poor for free, paying tuition for thousands of school children, supporting hundreds of local farmers and traders with their businesses and so much more.

“My father came home one day looking pale after donating 2 pints of blood to patients who couldn’t afford any. That moment defined my belief in helping the poor and it formed my rhetoric rational on becoming a social entrepreneur.”

Her continuous thirst for knowledge led her to acquire two professional certifications in the energy sector namely; Contracts Used in International Petroleum Development and Monitoring and Regulation of the Upstream Petroleum Sector (Exploration and Production). Both programs were offered by the Center for Energy, Petroleum and Mineral Law and Policy (CEPMLP), Scotland, UK.

She also participated in a high-level workshop organised by the University of Aberdeen, centred on the Bargaining Zone, Anchor Points and Negotiation Tactics Preparation, First Moves and Concessions, where Natasha scored the most accurate bargain during a delegate-simulation.

Akpoti’s decision to become a social entrepreneur and reformer in 2015 was born out of the innate passion to position Nigeria on the fore of industrialisation and judiciously harness the vast natural and human resources, all in a bid to create employment and eradicate poverty in Nigeria.

Natasha knew most of her works would circulate among the neglected local communities, therefore, in 2016, she applied for the INSEAD Social Entrepreneurship Program in Singapore where she acquired applicable knowledge on smart innovative sustainable solutions for tackling neglected problems at all levels of the society.

Bola Preye Ayo, the exceptional political lobbyist on top of…