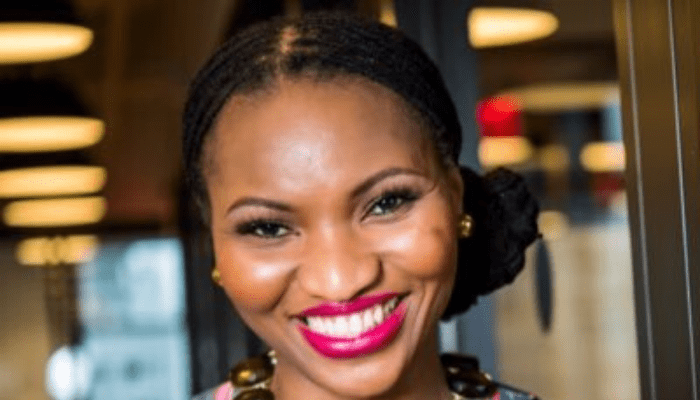 Chinwe Esimai is a Thought leader, trailblazing corporate executive, inspiring immigrant women leaders to greatness. She is the first person to hold the title of Chief Anti-Bribery Officer at Citigroup and she is the Chair of the board of Harambee USA, a non-profit foundation dedicated to supporting education and sustainable development in Sub-Saharan Africa.

She is a Law professor at the University of St. Thomas School of Law where she taught Securities Regulation, Law & Finance in Emerging Markets, and Business Associations.

At Goldman Sachs, she served in various risk management roles, including anti-bribery and regulatory audits and inquiries.  As Managing Director at Citi within three years, she oversees anti-bribery risk management in over 160 countries. She is a Harvard Law School alumnus, Juris Doctor.

On her role at Citi, she says “I run our anti-bribery program, which is ensuring that we comply with all of the laws and regulations around bribery and corruption. So making sure that when we do business (because we do business in over 160 countries), that we’re not offering anything that could be considered a bribe. And because we have very high-risk jurisdictions for bribery, it’s a very interesting job, I think.”

On the challenges of work and motherhood, she says “I think one of the biggest things, especially if you’re a working mom and have kids, there are expectations around what you do at home, whether it’s cooking for the family, taking care of the kids, helping with homework, and none of that goes away.”

She further admits “Being an executive is a full-time job, being a mom is also a full-time job, and then being a wife is at the minimum a part-time job. So it’s a lot of jobs, and the expectations don’t go away. So I think being able to accept that whatever situation you have, it is probably for a season, and you just have to navigate that as best as you can”.

Her view on role models is quite intriguing. I say so because she admits that for a long time, she felt like she was on her own because she thought she needed to be someone else. More so, a lot of the women she had worked with, for whatever reason, just had different personalities that she couldn’t identify with. She, therefore, found it really difficult to find someone to look up to. It became paramount for her to figure out what she was really interested in and passionate about.

Worthy of mention is that Esimai believes that the utmost responsibility lies with African countries to take the lead in ensuring the integrity of their own markets. “They will have to do this if they want to assume their place as architects of their own destinies and leaders in the global economy. In the longer term, Africa would benefit from choosing a path of growth through integrity.”

Chinwe predicts that we can expect the trend of U.S. authorities investigating and prosecuting bribery allegations involving Chinese companies doing business around the world. Linking this with Nigeria, she says “beginning in 2017, U.S. authorities initiated a probe into whether CPCC paid Nigerian officials more than $100 million in bribes in connection with a business dispute”.

On defining the future of doing business in Africa, Chinwe believes that combating corruption represents a defining leadership question for Africa because, African countries cannot rely on the U.S., the U.K., or China to fight Africa’s anti-corruption battles.

“Will Africa rise to the challenge? How will Africa choose to engage in the global economy? Over the next few years, the unfolding saga of this historic alliance will either replicate old bribery patterns or create new, unparalleled examples of integrity and excellence. It is up to Africans to decide” she said.

Travel Restrictions: NCAA issues NOTAM, to operate flights into Lagos and Abuja only