Why Nigeria Is Broke road 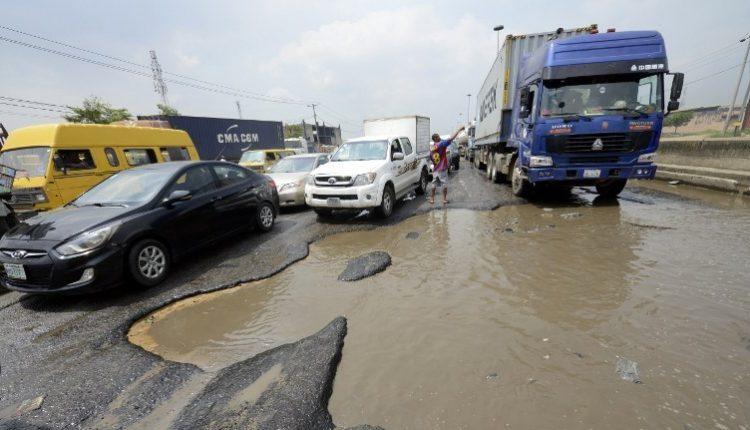 Nigeria has the 29th-longest road network (193,200 km, both paved and unpaved) in the world, buts ranks abysmally low on the table of countries with good motorable roads year in, year out, according to the Federal Ministry of Works.

Nigeria is termed the giant of Africa and as such should appear as one, but the reverse is the case in terms of the road network. This is a strong pointer to the fact that there is a very huge deficit in terms of good road infrastructure.

Because of its intensive use of infrastructures, the transport sector is an important component of the economy and a common tool used for development.

Almost on daily basis, the frustrations in the Nigerian system can be likened to harrowing experiences of road users, who have difficulties reaching their destinations because the road upon which they have to travel is an experience in hardship.

The high rate of accidents and premature deaths on Nigerian roads caused by the bad condition of the roads, reported to be one of the highest in the world, is a mirror of the morbid statistics that says the average life expectancy in Nigeria is 53 years.

At the aggregate level, efficient transportation reduces costs of many economic sectors, while inefficient

Nigeria’s occupation of low position of the ladder in terms of good road infrastructure is worsened by long years of abysmal failure and total of decay of the rail mode of transportation.

This has put pressure on the already deplorable portions of the road that are littered with rickety and unroad-worthy tankers and trailers and other decrepit condition of the road.

The country is celebrating the construction of a multi-billion dollar standard gauge train from Lagos-Kano at a time countries move at geometric progression by migrating from standard gauge to speed train, to bullet train.

According to the Federal Roads Safety Corps revelation in 2017, bad roads are a major cause of road accidents. On Abuja-Jos road to Mararaban Jamaar in Jos South, there are 1,674 potholes, while along the Onitsha-Enugu highway, Aba-Port Harcourt road and from Kaduna to Kano, the number of portholes is double the figures.

High and sustainable priority attention on roads infrastructure for Nigeria’s expanding population appears to be the most pressing national emergency in Nigeria today because as Kelly Nwosy, a safety advocate said, even if the country increases its agricultural produce, fix electricity problems, provide the necessary funding and tools to improve our education and abandon the roads, the missing link between one region and the other as well as the bridging of that gap between the rich and the poor will remain elusive.

With few weeks and months to the general elections and politicians of the different political parties jostling for different offices at both the state and federal levels, they should be aware of this hydra-headed problem affecting the economic and social existence of the country.

Those at the centre of policy formulation must note that both the federal and state governments must have the political will to fix the arterial roads and other roads.

Part of the short, medium and long terms solution to this will be a strong collaboration between qualified road contractors with credible track record in building quality roads infrastructure.

It requires a synergy involving both the private and public sector, which will help achieve safety on the roads, instead of leaving everything to the ministry of works that may not have the required skill- set to build good roads.

Government should begin a strategic engagement with the private sector and investors to carry along all relevant roads infrastructure while at the same time removing bottlenecks and obstacles through policies to support massive investments on roads.

Now the question is; why do roads collapse and what are the causes of bad road. Among the real causes of bad and sub-standard road is corruption.

Top on the lips of majority of Nigerians for many years is: What do Nigerian politicians have against good roads? What do they have against well tarred roads, beautiful streets and effective drainage systems? This problem with roads has existed through various political comings and goings.

Nigerian politics is afflicted with many ills, but if there is one thing nearly all politicians have in common. It is their collective disdain for good roads. Good roads seem to hold a special place of discontent for the average politician.

This ‘Bad Road Syndrome’ has been a thorn in the side of every Nigerian commuter for a very long time and politicians just seem to look away, like a callous man refusing to listen to the complaints of his down-trodden wife.

This big problem in Nigeria is that officials concerned are pretending to work when they are doing nothing. Contracts for roads and drainages in most parts of Nigeria are usually split in half; one for the corrupt officials and the other for the road. It is worse when money is not paid in full, which denies the citizenry of good roads and drainages.

Other cause of road decay is lack of discipline. Nigeria lacks discipline as a people. Citizens blame the government for everything. Yes, government may have their own flaws, but what about the governed?