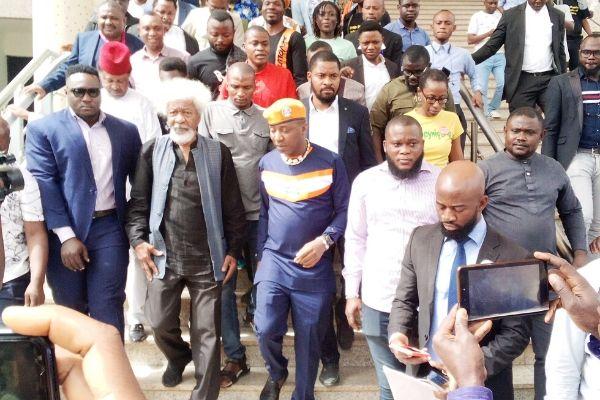 Share
Justice Ijeoma Ojukwu of a Federal High Court, Abuja, Wednesday, ordered the federal government to pay Omoyele Sowore and co-defendant, Olawole Bakare the sum of N200,000 for forcing adjournment of the case by the prosecution.
This as Prof. Wole Soyinka, Prof. Chidi Kalu, former chairman of National Human Rights Commission and Senator Shehu Sani were in court in solidarity with the convener of RevolutionNow protest, who is facing charges of treasonable felony.
Justice Ojukwu held that the fine of N200,000 awarded against the prosecution was for stalling trial.
At the resumed hearing Wednesday, the defense counsel told the court that the prosecution counsel just served them an amended charge in court and would need time to go through it.
In her ruling, Ojukwu said the fine is in lieu of the fact that the prosecution had exhausted the number of adjournments allowed for parties.
She consequently adjourned till Thursday, February 13 for the continuation of trial.
Share FacebookTwitterLinkedinWhatsAppEmail