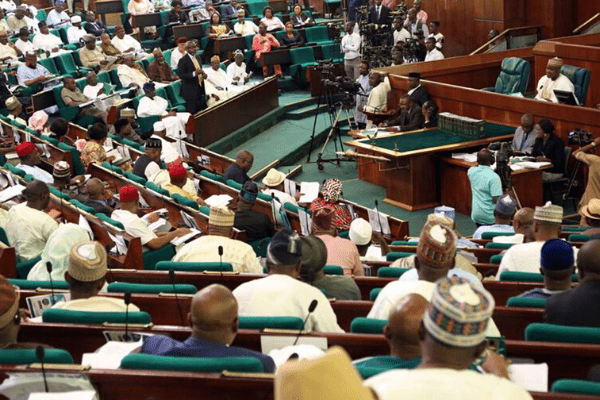 The House of Representatives Monday said the National Assembly will be left with no option than to exercise its power of appropriation to allocate nil funds to Ministries Departments and Agencies MDAs that failed pop to account for funds released to them.

Chairman House Committee on Public Accounts, Oluwole Oke have this indication in a keynote address at a Public Hearing into allegations of deliberate refusal by non- treasury funded MDAs to render accounts to Office of the Auditor-General of the Federation.

Oke disclosed that based on statistics available, the number of MDAs and statutory bodies that have allegedly refused to comply with these constitutional mandate, are growing with 956 as culprits between 2011 and 2016.

“Between 2010 and 2015, the Auditor-General’s Reports for these years were lying cold at the NASS without any action. 2016 Auditor-General’s Reports were received in July 2018, after a two year delay.  The Reports of 2017 was received by the National Assembly in 2019. Despite the fact that we are in 2020, the 2018 and 2019 Reports are yet to be presented to the National Assembly.

“These stats are quite alarming and we need to ascertain the authenticity of these reports and probe into the reason for this steep drop and outright disregard for the Constitution that is the grund norm that governs our society.

“Commentators have consistently emphasized that such an action constitutes a case of both ‘‘misconduct’’ and ‘‘gross misconduct’’ under the Constitution. Misconduct has been defined in the constitution as follows
‘‘a breach of the Oath of Allegiance or oath of office of a member or a breach of the provisions of this Constitution or bribery or corruption or false declaration of assets and liabilities or conviction for treason or treasonable felony.’’

“The Constitution has clearly created a workable tripod system for checks and balances through the roles it has assigned to the MDAs to conduct a self – audit, while the Auditor General is required to receive the Reports and conduct checks on some category of statutory bodies and the National Assembly is required to consider the Reports.

“Despite this workable tripod system for checks and balances, key stakeholders have succeeded in frustrating its smooth operations. The danger is that if nothing is done to fix this problem, it will create an incentive for MDAs to become reckless and non-accountable to any oversighting authority.

“Without doubts, the tripod system for checks and balance has not been allowed to work since the enactment of the 1999 Constitution. I partly blame this on the failure of the Constitution to prescribe a clear penalty for non – compliance with this provision.

“I must admit that the recent decision by President Muhammadu Buhari (GCFR) in ordering a probe into the activities of the Niger Delta Development Commission (NDDC) and allegations of massive corruption within the system is clearly a case of failure of two of the tripod stands to hold their ground and play their constitutional role of checking and preventing abuse.

“The Office of the Auditor General for the Federation and House Committee on Public Accounts should have done better by unravelling and unearthing the allegations against previous management of the NDDC. This is apparently an indictment on these two institutions”, Oke added.