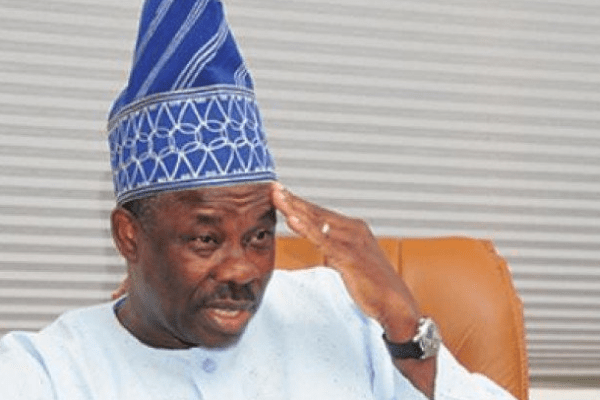 Share
Governor Ibikunle Amosun of Ogun State has disbursed over N2.5 billion as severance allowances to ex-political office holders who served at both local and state levels between 2007 and 2015.
Governor Amosun, who undertook the presentation of N1.2 billion cheques to the third and last batch of 793 beneficiaries in Abeokuta on Wednesday, said his administration began the first phase of payment in June 2014, while the second batch of payment was done in December 2016, for past political office holders at the state level.
He said, “Those two exercises concluded the payment for all Political Office Holders who served at the State level since 2007, this final batch representing 793 beneficiaries is for Political Office Holders, who served at the local government level from 2007 till 2015.”
He emphasised that while his government had been consistent with the payment of allowances to political office holders, it had also been committed to the payment of gratuities and pensions to retired civil servants.
“Since the inception of our administration, we have kept faith with the payment of gratuities and pensions to retired Public Servants. It is important that, as we keep on paying retirement benefits to Civil Servants, we must also do the same for their political counterparts,” he said.
While saying that more legacy projects would be commissioned even on his last day in office, he reassured that his administration would effect all outstanding payments before the expiration of his tenure.
Earlier in his welcome address, the Commissioner for Local Government and Chieftaincy Affairs, Jide Ojuko, described the gesture of the Governor as another demonstration of his commitment towards the welfare of ex-political office holders in spite of paucity of funds against several competing demands for the resources of the state.
“I cannot but appreciate sincerely our people-oriented governor who has not only been magnanimous to political office holders while in office, but also after they have served meritoriously,” Ojuko stated.
The Commissioner congratulated the beneficiaries and thanked them for their co-operation and patience, calling on successive governments to give due cognizance to payment of severance allowance to deserving former public office holders, as guaranteed by the law.
In separate goodwill messages, a former chairman of Ado-Odo Ota Local Government, Abayomi Tella, his Remo North counterpart, John Obafemi, and a former secretary in Odeda Local Government, Kehinde Adefuye, appreciated the magnanimity of the State Government, noting that the payment was not expected, especially at this critical period of the economy.