… deplores level of conspiracy between oil pipeline vandals and communities 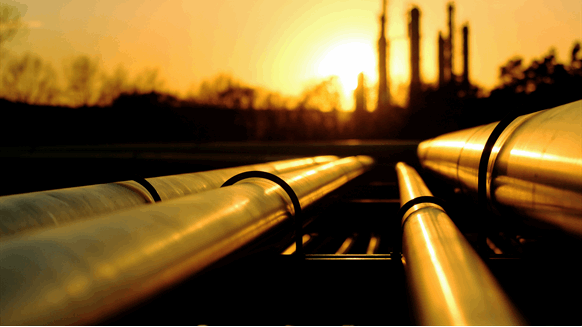 The Nigerian National Petroleum Corporation (NNPC) says it has restored supply of  petroleum products on it system 2b pipeline which  experienced fire explosion in Abule Egba,  a Lagos suburb, yesterday, even as it deplored the level of conspiracy among some communities that harbour its pipeline right of way which have compromised with vandals to siphon products from the pipelines.

Mele Kyari ,  group managing  director expressed his disappointment  with communities living along  the corporation pipeline right of way which often compromise with vandals to steal fuel.

He urged the communities living along the pipeline  right of way to report activities of vandals in their area so that the incident of vandalism can be reduced to the barest minimum. He stated further that whatever happens to the pipelines would have adverse effect on everybody as there would always be disruption in fuel supply.

He said having shut down to contain the damaged on Sunday, the corporation has now been able to restore supply on the line by yesterday.  “We are back on stream. Petroleum products are flowing all the way from Atlas Cove to Mosimi all the way to Ilorin. We enjoin everyone to work with us in sustaining this.”

The NNPC boss said the corporation needs the support of everybody in the community top expose the bad eggs in their midst. We are counting on Nigerians to help us resolve this as it is becoming a matter of national security.

He said he had  to return back to Lagos yesterday  after leaving  Lagos  for Abuja on Sunday because  of the pipeline explosion  which resulted in the death of  five  people  with many still being in  critical conditions  hospitals.  He  said but more importantly is  the   fact  that  the  vandals have  hacked the  corporation pipeline from Atlas  cove  through  Mosimi  to Ilorin. He said the vandals make insertions into the lines, tap petroleum products and at the end with the disaster that we have seen like this.

According to him, this is a daily occurrence and that the corporation is working with security agencies to ensure that it is reduced to the barest minimum.

In  his own reaction , the  Oba of Lagos, Rilwan Akiolu , he described the  Abule Egba explosion as unfortunate, stating that the way and manner Nigerian youths  want to get rich  quick  without given consideration  to hard work is alarming.

He also did not absolve the security operatives and even the bad eggs among the staff of the NNPC. He urged the group managing director to team up with people of good will to ensure that  this  is stopped.