MTV Base, others seal partnership deal with GAGE awards

MTV Base, Africa’s award winning music channel and TVC Communications, the nation’s award winning 24-hour news broadcast medium, renowned for its credo of being first with breaking news, have sealed broadcast partnership with the GAGE Awards.

The broadcast media are among many other great brands which are associating with the maiden edition of the event pioneering Africa’s biggest gathering of internet stars.

Earlier, the organizers of the awards had announced partnership with other media outfits such as MARKETING EDGE magazine, Business Day Newspapers, Cool FM and MAX FM.

The partnerships are, no doubt, among many great developments giving the maiden edition of the event a great boost.

It would be recalled that the GAGE Awards is pioneering Africa’s biggest gathering of internet stars, celebrating individuals and brands that have impacted the lives of people by leveraging on the power of the internet.

Dubbed by industry aficionados as the ‘Grammies of the Web’, the event is set to take centre stage on February 22, 2020 at EKO Hotel and Suites, Victoria Island, Lagos.

The Chief Administrator of GAGE Awards, Mr. Johnson Anorh, stated that an entertainment colossus, like MTV Base and TVC Communications coming on board was a big step in the right direction

He reiterated that the award covers innovations and entertainment in the digital space, adding that any brand which places value on digital would naturally support the growth of the digital space in Africa’s biggest economy by associating with the GAGE Awards.

According to him, this new partnership opens a wide range of unimaginable content, as The GAGE Awards focuses on 5 critical areas of digital which affects the average person, including: Entertainment, Innovation, Inspiration, Information and Commerce.

He added that the partnership would encourage new talents to keep working hard on their craft, creating innovations, that would surpass current standard and get projected to the world.

In the words of the Chief Administrator, “There are lots of interesting happenings online and the time for that space to have a proper standard that would drive growth and inspire new talents is now. The Gage Awards seeks to raise the standard and reward brands and individuals who have used the digital platform to simplify and make lives better”.

He further added that to distinguish itself from some awards which were given on a cash and carry basis, the organizers worked behind the scene for three long years to put the GAGE Awards together; setting up a group of panelists that are very influential in their fields and have made impact in their industries to judge some categories that are not audience driven. They also have PriceWaterhouseCooper (PwC) as the quality assurance partner to ensure that the criteria which were earmarked at the beginning of the award are adhered to strictly.

In all, the GAGE Awards 2020 will reward 24 categories out of which 5 categories would be decided through audience participation. These include: Banking App of the 2019, Online Comedian of the 2019, Best Digital Artiste of 2019, Best Data Service Provider of 2019 and Breakout App of 2019.

The voting portal was opened for the members of the public on the 16th of January 2020, and will close on the 9th of February 2020. 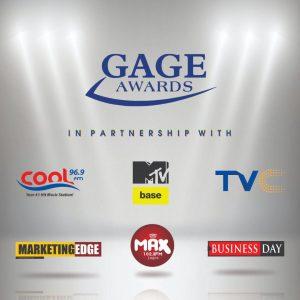 Tough Times: Unwinding with a cocktail of oddities

Akwa Ibom: Where ease of doing business is attracting investments