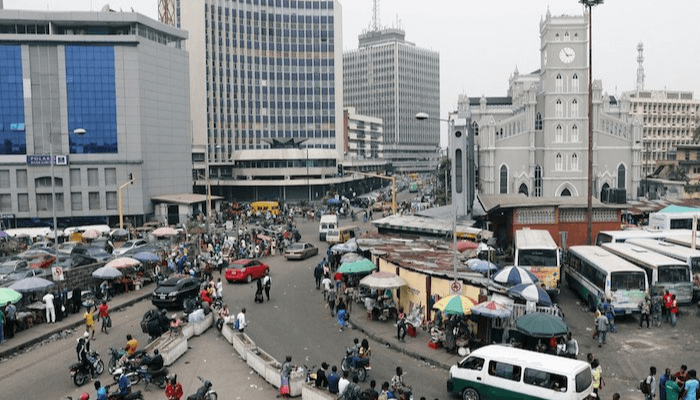 The uncertainty ravaging the country which must have given every well-meaning citizen a deep concern could be addressed, prevented in future if requisite actions can be timely invoked by governments and the privileged class as social responsibility.

Many people often misinterpret the predicaments in different ways except a minor fraction that sensitively take it from the angle of protracted oversights on education, particularly on early childhood education, which is the starting point in a child’s life and also a key foundational tool of the Nigerian Educational System. The fallouts have continued to manifest ubiquitously.

Thus, due to the alarming security situation in the country, the percentage of children of primary school age not attending any form of education across the regions merits a discourse.

Practically, this is the face of the future of the country vis-à-vis security, industrialization, economic growth including the gross domestic products (GDP). The figures unfalteringly explain the rationale of the United Nations’ focus by aggressive interventions in the northern region through United Nations Children’s Fund (UNICEF) with support from concerned funding partners around the world. Incontrovertibly, their big hearts have been changing the narratives, touching lives. With sustained support, without a doubt, the target will be met.

Interestingly, the percentage of out-of-school children of primary school age in Imo state according to the MICS (2021) report is reassuring. Possibly, the laudable social responsibility by Rochas Okorocha through education empowerment schemes for the helpless citizens counting over 18 years contributed to the record. Rochas Foundation, from records, has sponsored over 25,000 children and produced over 6000 graduates in various fields of discipline nationwide.

The public spirit is a step in the right direction. Imagine if the moneybags particularly APC and PDP presidential aspirants that procured nomination forms at N100 Million and N40 Million each respectively had shown similar concerns to underprivileged children in their respective domains. Sadly, about 90 percent of them didn’t have up to a million naira before engaging in public service.

Ideally, the affluent can characteristically adopt one or two indigent children within neighbourhood or from the orphanages, not necessarily physical adoption but by upkeep, including on education. In Niger State, the Emir of Agaie, Alhaji Yusuf Nuhu is a good example in the fight against underage girls’ marriage and in promoting girls’ education in his space and little capacity. This is noteworthy perhaps some are eager but either ill-advised or have misplaced priorities. Until the population of indigent children is significantly reduced by including them into plans as a social responsibility, a thriving society will remain abstract.

Read also: Verification through the Lens of Data

In fact, he monitored schools personally, provided handsets for every head boy and head girl in all public schools across the state for direct communication for situation reports. Unfortunately, his successor, Willie Obiano failed to sustain the momentum. Education is a critical sector in every society, and therefore good policies should subsist as templates. However, the present Anambra governor, Chukwuma Soludo is seemingly, aggressively remedying the oversight.

An African-American Muslim minister and leader in the civil rights movement and supporter of Black nationalism, Malcolm X (1925 – 1965) said, “Education is the passport to the future, for tomorrow belongs to those who prepare for it today”. Suffice to say that wherever adequate attention is not paid to education particularly from the early stage, the society is sitting on a powder keg; a volatile state. Today is the future of the yesteryears when the leadership class failed to give a priority to education. And absurdly, nothing meaningful was actually given a priority except looting and self-enrichment with impunity at the detriment of the helpless masses.

For instance, in the All Progressives Congress (APC) government with aggressive mantra on the ‘fight against corruption’, the Accountant-General of the Federation, Ahmad Idris was indicted for fraud to the tune of N109 billion. There are many allegations of corruption like the nonaccountability of the nation’s crude oil. It is absurd if the country doesn’t have an effective account on a major nation’s commodity. Also, the former chairman of Economic and Financial Crimes Commission (EFCC), Ibrahim Magu was removed from office over alleged financial scandals, but seemingly, it has been swept under the carpet. This is a country where a serving Chief Justice of Nigeria was docked over allegations of corruption.

In the People’s Democratic Party (PDP) camp, allegations of corruption are also huge. A moment ago, its national chairman, Iyorchia Ayu was accused of corruptly receiving a bribery sum of one billion naira, from an aspirant. This is not one million, but a million into one thousand places. And he remains recalcitrant to vacate the office. What a country! It must be noted that registered political parties are public institutions and therefore must display integrity and decorum. Seemingly, the two largest political parties are in a superiority contest for corruption.

The country so far, is apparently run as a criminal enterprise, with many young persons forced into crimes for survival, sadly a society where religion is always pushed to the extreme. Ideally, a model for ‘making’ or raising people is not far away. Okorocha has through his foundation (private pocket) salvaged, inspired many people through scholarship schemes in education and produced thousands of graduates from all nooks and cranny of the nation – north and south. This is how to build or make people. The duo of Okorocha and Emir of Agaie deserves emulation on passion for indigent and helpless children.

Beyond interference: The relevance of mother tongues to the teaching and learning of…