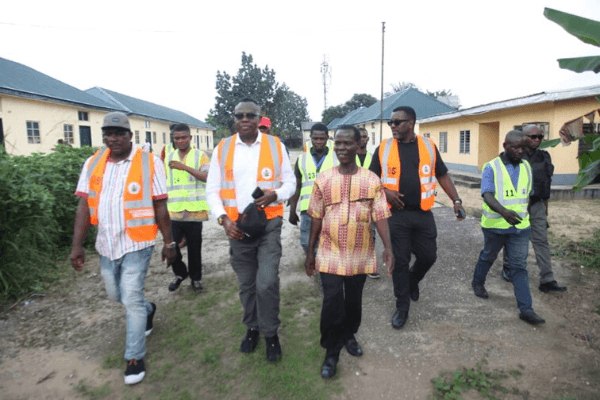 Sources said almost half of the houses and lands belonging to the Rivers State government are being occupied by unauthorised occupants who may have defied eviction threats from regime to regime.

Now, the Task Force set up by Governor Nyesom Wike says such defiance is over, threatening to throw out anyone still staying in the property a day beyond the quit notices.

This is as the Task Force has issued a 7-day quit notice to ‘illegal’ occupants of the State ADP Farm Site at Rumuodomaya, asking them to vacate the area. The Task Force also declared that it will implement its quit notice served on illegal occupants of government property at the New GRA in Port Harcourt.

The Task Force caused action and panic around the state capital last week Friday. In an interview, Secretary of the Rivers State Task Force, Hanny Woko, said all those who illegally occupied Government property had seven days to vacate them. Already, some former government officials have been thrown out but they called it political victimisation, saying they had cases in court over the houses.

The Task Force boss said: “We will recover every inch of Government land. Any Government land anywhere that was illegally acquired will be recovered.  Government will take back all its properties.  We are guided by the law.

He said: “It is so disheartening and heartbreaking that people will move into Government Quarters and acquire the same. Wherever Government Properties are located and illegally occupied, we recover the same. We have given the illegal occupants seven-days to vacate or be evicted.”

He stated that there would be no compensation for those who illegally took over Government lands at the ADP Farm Site at Rumuodomaya.

Woko said those who illegally took over Government lands and properties will face the consequences of their illegal actions. The Task Force erected relevant notices warning illegal occupants to keep away from designated Government Properties identified during the operation.

One of the toughest estates belonging to the state government but occupied fully by unauthorised persons is the Iriebe Housing Estate near Eleme Junction. The occupants said they were given the houses by persons claiming to have government backing.

Many said they want to see how the present action would fare at Iriebe and some other estates occupied over the years by squatters.