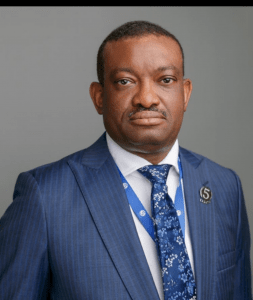 A real estate and property development expert, Babajide Odusolu has said that the Federal Government has no business engaging in the direct construction of houses for Nigerians.

Speaking during the ongoing virtual Abuja International Housing Show, Odusolu said instead of repeating the wasteful errors of the past, government should focus on providing a robust structure and support for the private sector to engage in the development of affordable homes needed to meet the huge housing deficit Nigeria currently faces.

Odusolu, who was the immediate past Managing Director, Ogun State Property Investment Corporation (OPIC), said while the government’s desire to provide housing is laudable, his experience in the public sector has shown that government cannot by itself provide all the housing units needed, nor operate as effectively as the private sector.

He stated that the Federal Government’s plan to provide 300, 000 housing units in 12 months is not just impracticable, but also insufficient to scratch the tip of the deficit.

“Government needs to actively involve the private sector in solving the problems of housing and homeownership in Nigeria. An enabling environment in terms of supporting policies and improved access to capital would bring urgently need stability and growth to the real estate industry. The government should focus on offering location incentives such as tax waivers, rebates and significant concessions to encourage property developers to invest in semi-urban and less premium locations that will make it easier for Nigerians to afford homes,” he said.

Odusolu noted that the existing practice of developers focusing on delivering homes in premium areas is tied to a need to get quick returns on investment.

He said: “If an enabling environment is created and property developers are incentivised to build housing units in semi and peri-urban areas with government entering into guaranteed purchase agreements to secure offtake, there will be a huge leap in the delivery and provision of affordable housing units”

Such purchase guarantees, according to him, can be tied to a contractual obligation to train and use specified numbers of local artisans in every location. He said this would also deliver much-needed jobs in a sustainable manner.

Odusolu who is presently the Chief Executive Officer of Octo5 Holdings, a real estate and property development company, said the old norm of government awarding housing construction contracts would not offer the needed transparency required to attract long term capital to the industry.

This is because “such contracts are usually tied to political patronage, are ineffective and actually dis-incentivizes investors; whereas if government provides access to seed capital,  the private sector will deliver more than the announced number of homes at prices that are affordable for the average Nigerian,” he said.