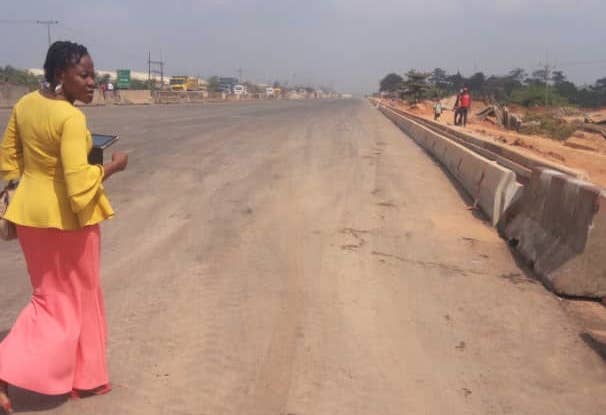 As part of efforts to reduce travel time and ease hardship suffered by travellers on the Lagos-Ibadan expressway, the federal government has temporarily opened the section one of the expressway, stretching from Lagos toll gate to Shagamu Interchange.

The expressway which appears to be in perpetual reconstruction has garnered notoriety for frequent motor accidents which have claimed many lives.
Adedamola Kuti, the federal controller of works in Lagos, explained that the reconstruction of the expressway is benefiting from the federal government’s over $600 million infrastructure fund.

It is expected that the opening of the express way would save both time and money for motorists and travellers as well.

Idris Adebayo, a motorist who spoke to journalists at the opening this morning, hoped that he would be saving about two hours travel time from Lagos to Abeokuta which used to take four to five hours on a ‘good’ day.

Hope rises for Rivers cassava plant as over 4,500 jobs emerge