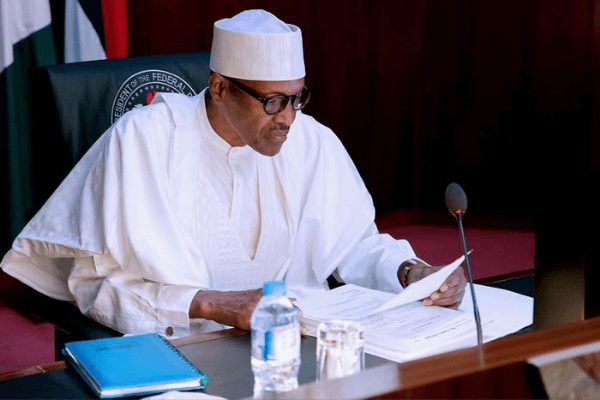 Muhammadu Buhari
Share
The Federal Executive Council on Wednesday approved contracts for the provision of security and safety equipment at some of the country’s airports. It also approved a foreign loan guaranteed by the Federal Government for the provision of water for Kano metropolis.
Minister of State, Aviation Hadi Sirika, told State House Correspondents at the end of the weekly meeting that the council approved N4.05 billion for the procurement of safety and security equipment for Abuja, Kano and Port Harcourt airports with a view to guaranteeing safety at the airports in accordance with the International Civil Aviation Organisation (ICAO) regulations.
Sirika also said that over N529 million was approved for the supply of installation machines at the Enugu Airport including a transformer, while another N529 million was approved for the repair of the Minna Airport terminal building which, according to him, had been abandoned since 2012.
The Council also approved a loan of €64 million guaranteed by the Federal Government for the development of water supply to Kano metropolis.
The loan was sourced from the French Development Agency and has a 20-year payment period with a 7-year moratorium at 1.02 percent interest rate, according to Zainab Ahmed, Minister of Finance, who also briefed the correspondents.
Share FacebookTwitterLinkedinWhatsAppEmail